Although Coco is, of course, my favourite, I love animals of all shapes and sizes. I’ve been wanting to go to a zoo again for months, as I don’t think I’ve been to one since ZooDoo in Tasmania. And ZooDoo isn’t exactly what you’d call a conventional zoo … (I’d need a whole post to truly explain it, but their tagline is ‘The Hands on Zoo’, and let’s just say that health and safety wasn’t their primary concern)

Last Thursday, I dragged my sister up to London to visit London Zoo for the afternoon. We last went there with our Dad, when we were really little. It looked nothing like I remember, but then I don’t remember much. I do remember the bull elephant doing a poo in front of a huge crowd (because small me found that hilarious) but other than that, not much!

I had a really great afternoon and took advantage of the chance to practice some wildlife photography.

Penguin Beach was the cutest way to start, the little Humbolt penguins had the funniest personalities and were all charging around all over the place. I could have watched them swimming all day! 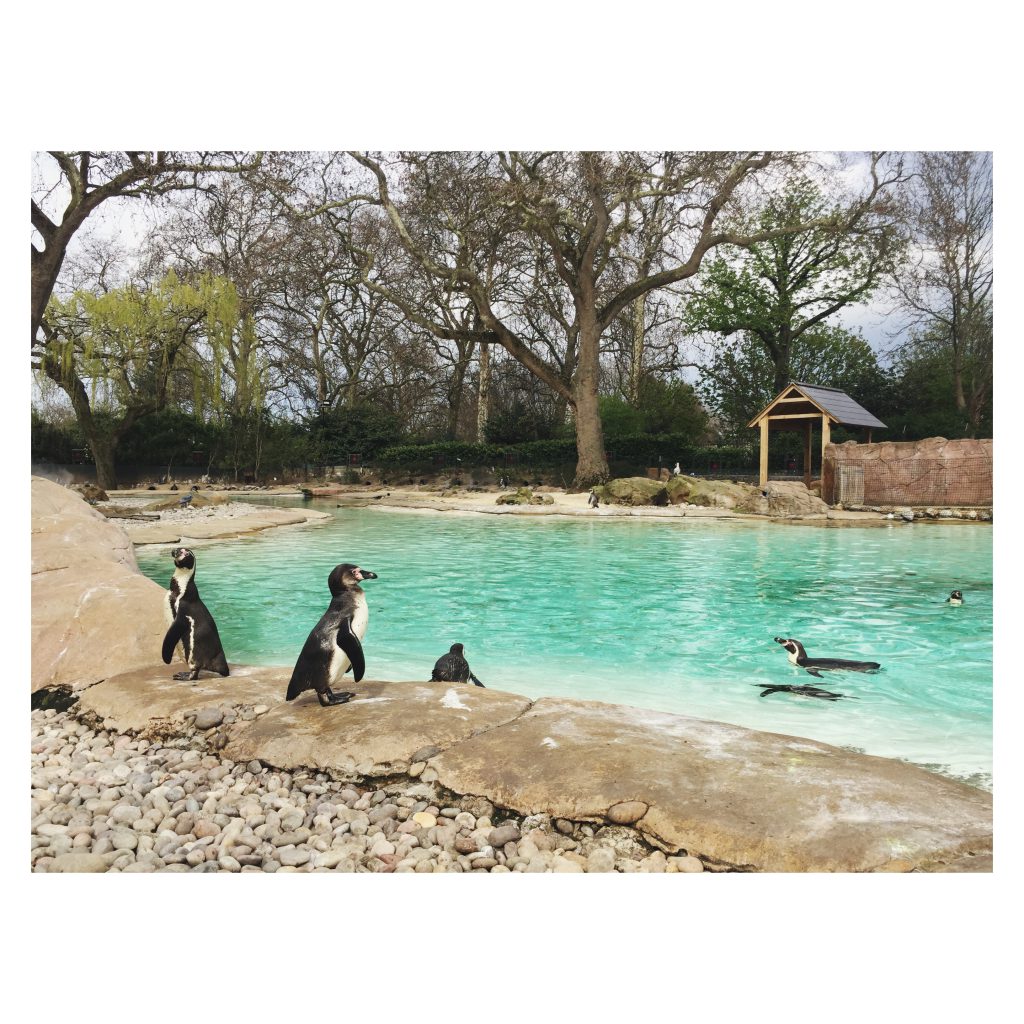 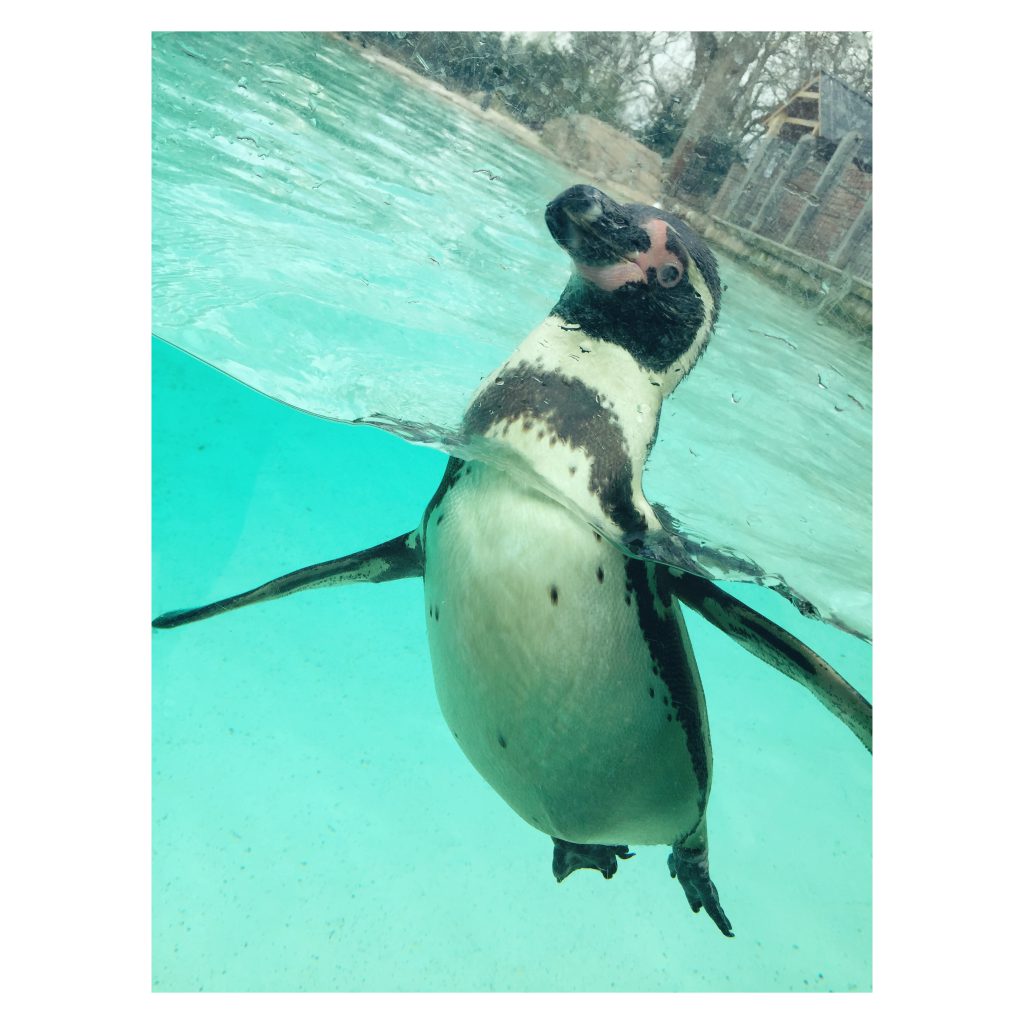 Butterfly Paradise was the first walkthrough exhibit we went to. It was full of the most beautiful butterflies and moths, but sadly we weren’t lucky enough for any of them to land on us. Apparently they only mistake you for a flower if you’re wearing bright colours – so that was unlikely to happen to me. I live in black, white and grey! 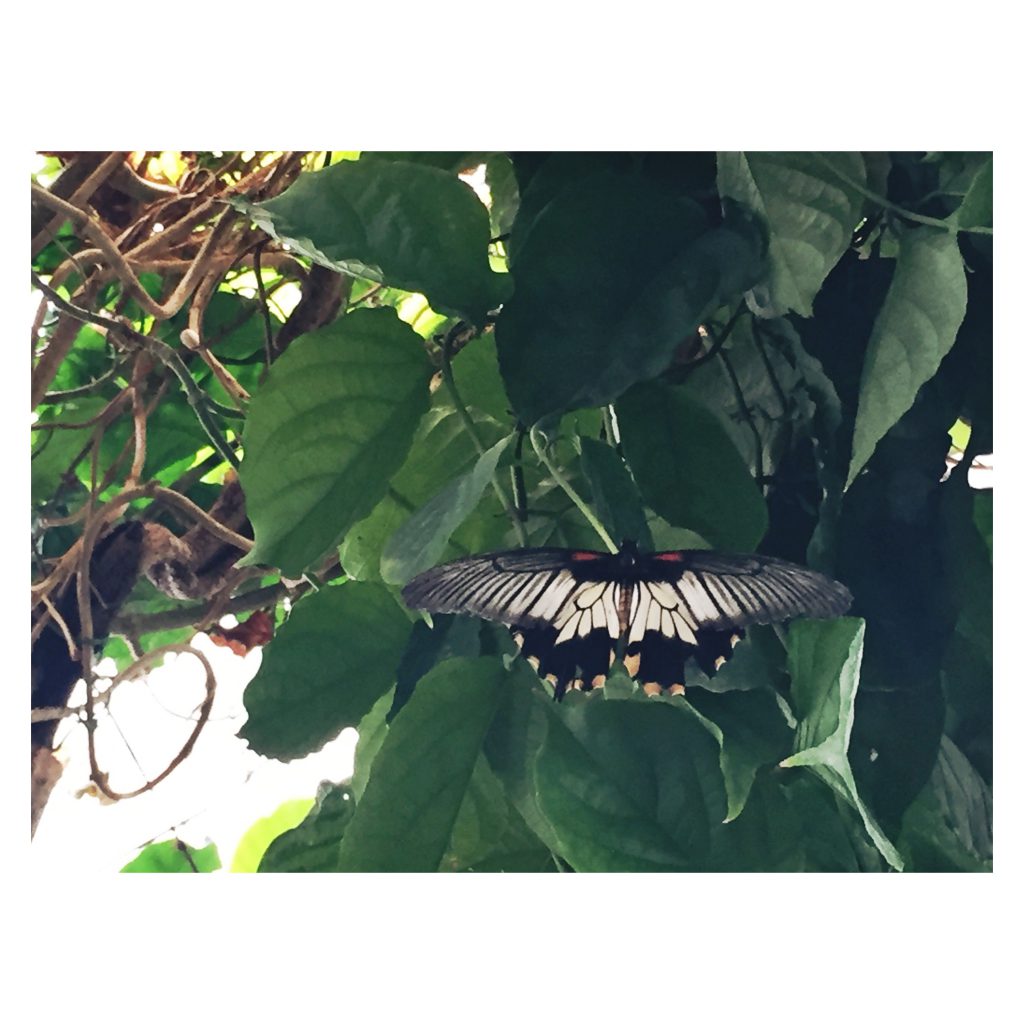 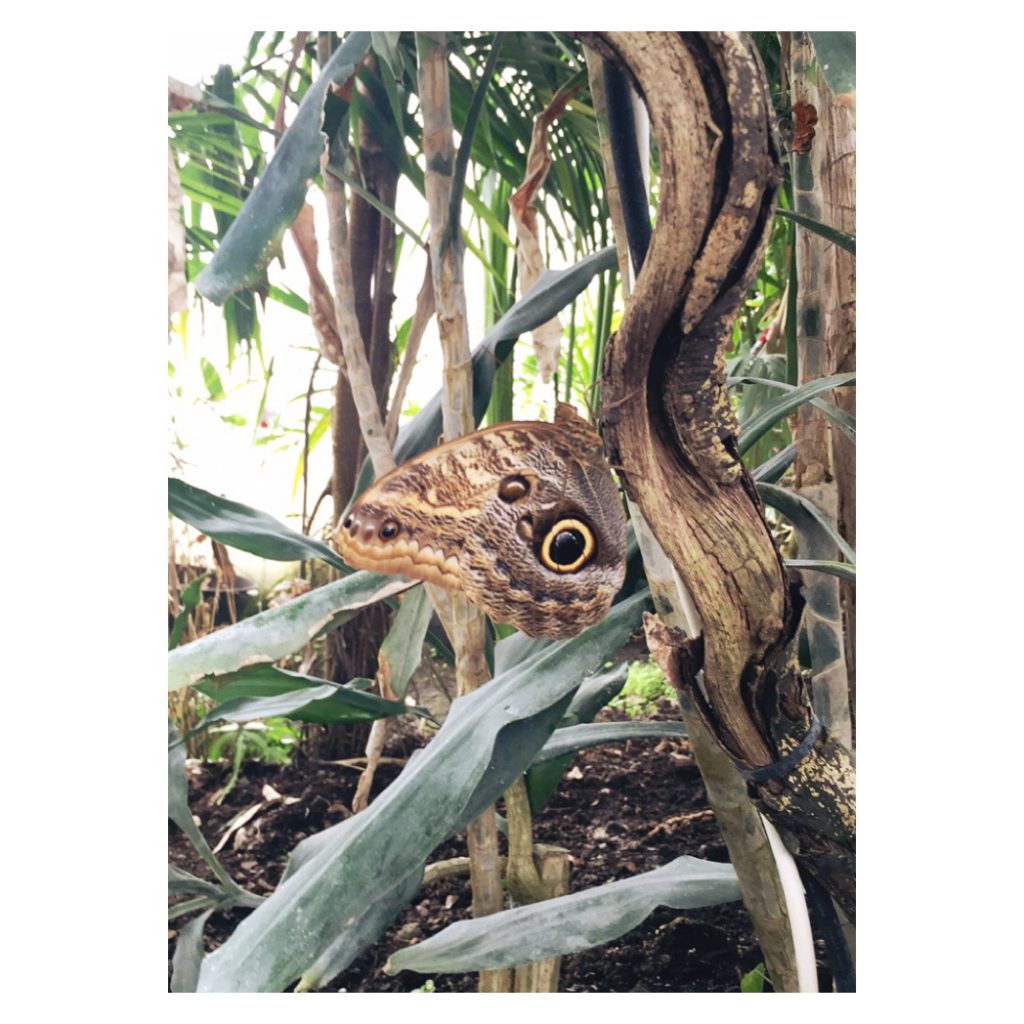 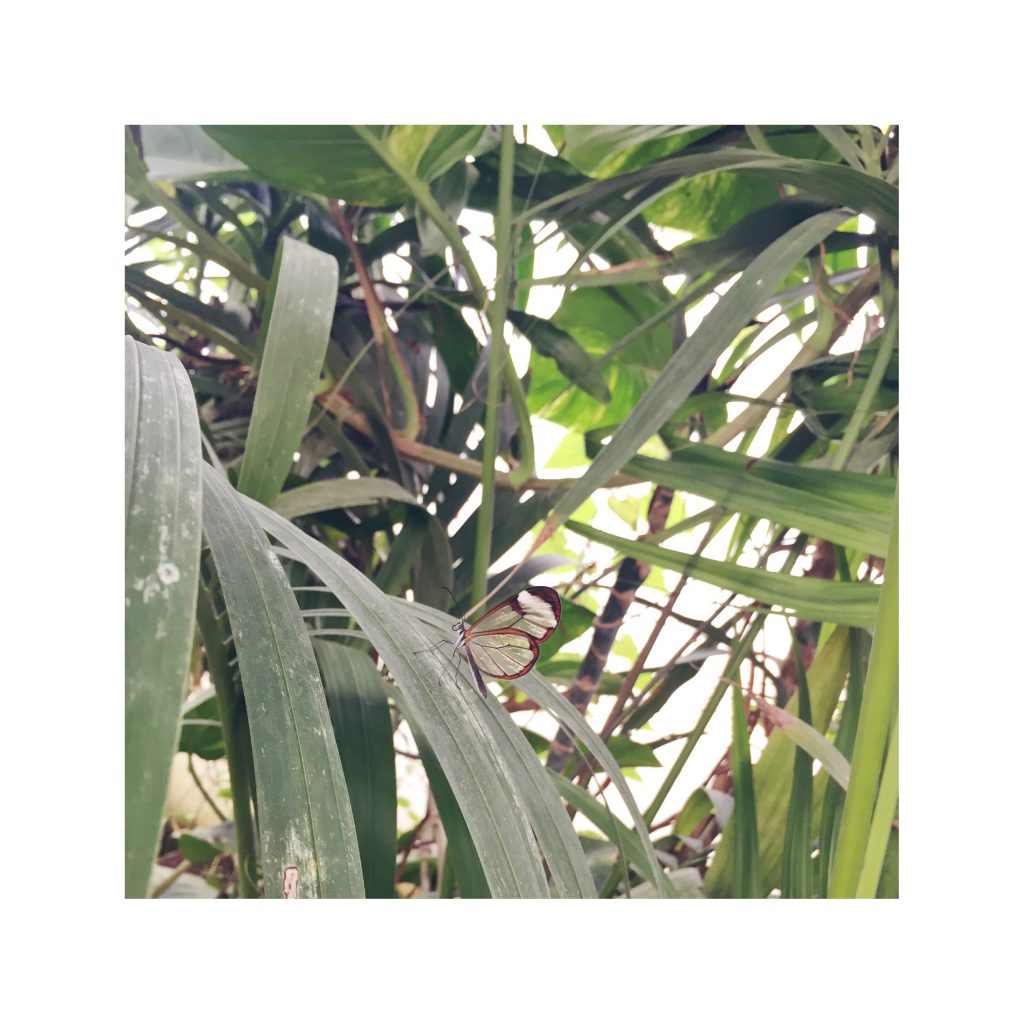 Charlie wanted to go into the B.U.G.S building, which I can’t say was my favourite. The insects were interesting, but they give me the jitters even when they’re behind glass. And there is no way in hell anyone could get me in the ‘In With the Spiders’ exhibit! There were other animals in there too, including some underwater creatures and this adorable little posing frog! 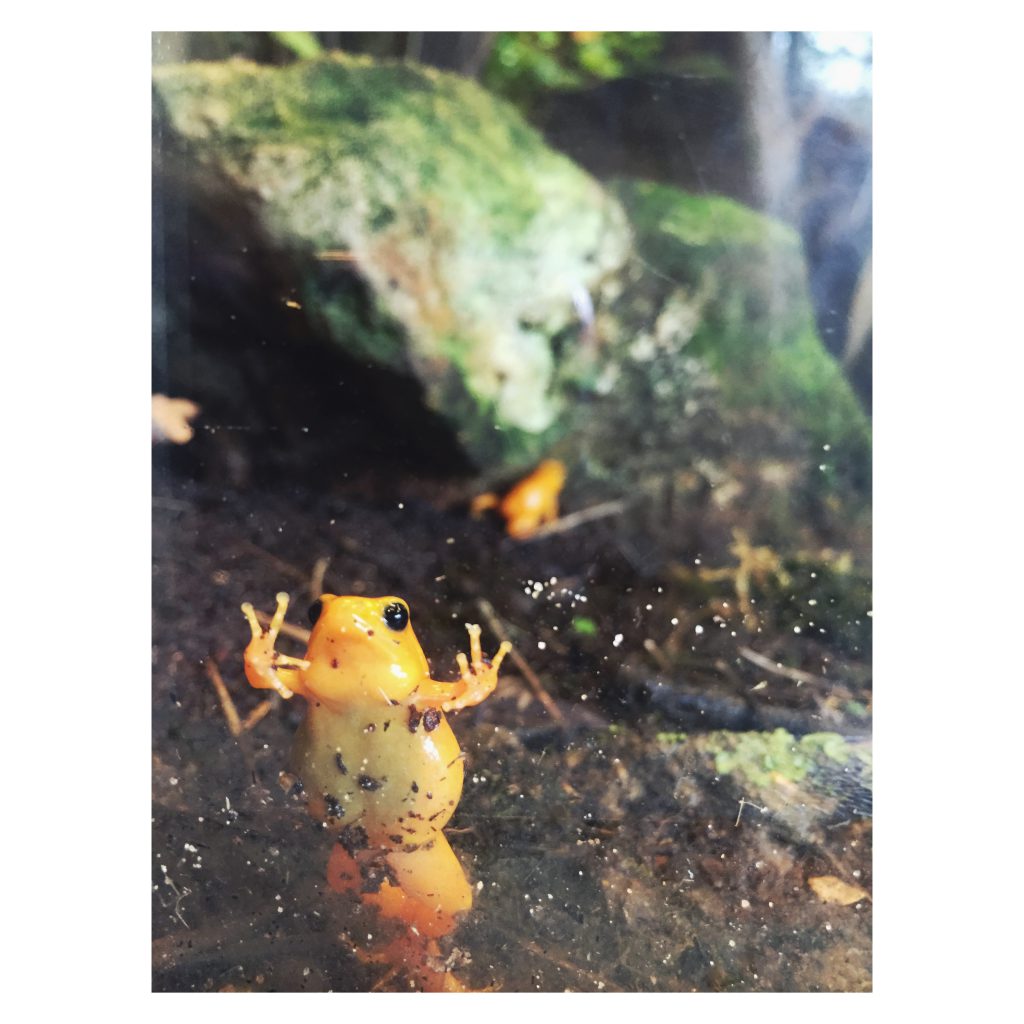 I found the new Land of the Lions exhibit a little disappointing; it felt a bit ‘Disney’ for me. But then London Zoo is probably mostly designed for kids! The lions themselves were very hard to see, all the females were lounging up in a corner and the male was nowhere to be seen (to the point where I’m sceptical he even exists!). I love big cats though, so I was happy the tigers were more active. I absolutely love tigers; they’re just stunning animals. 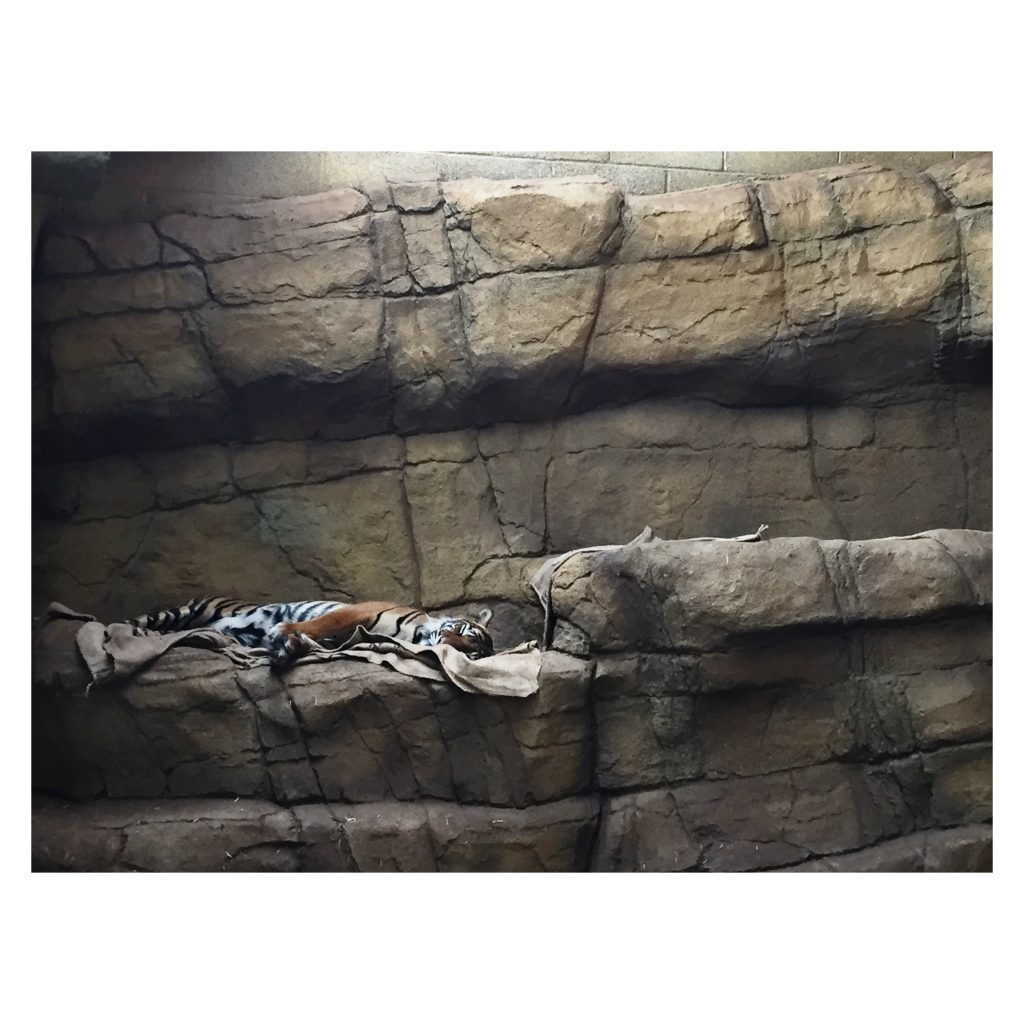 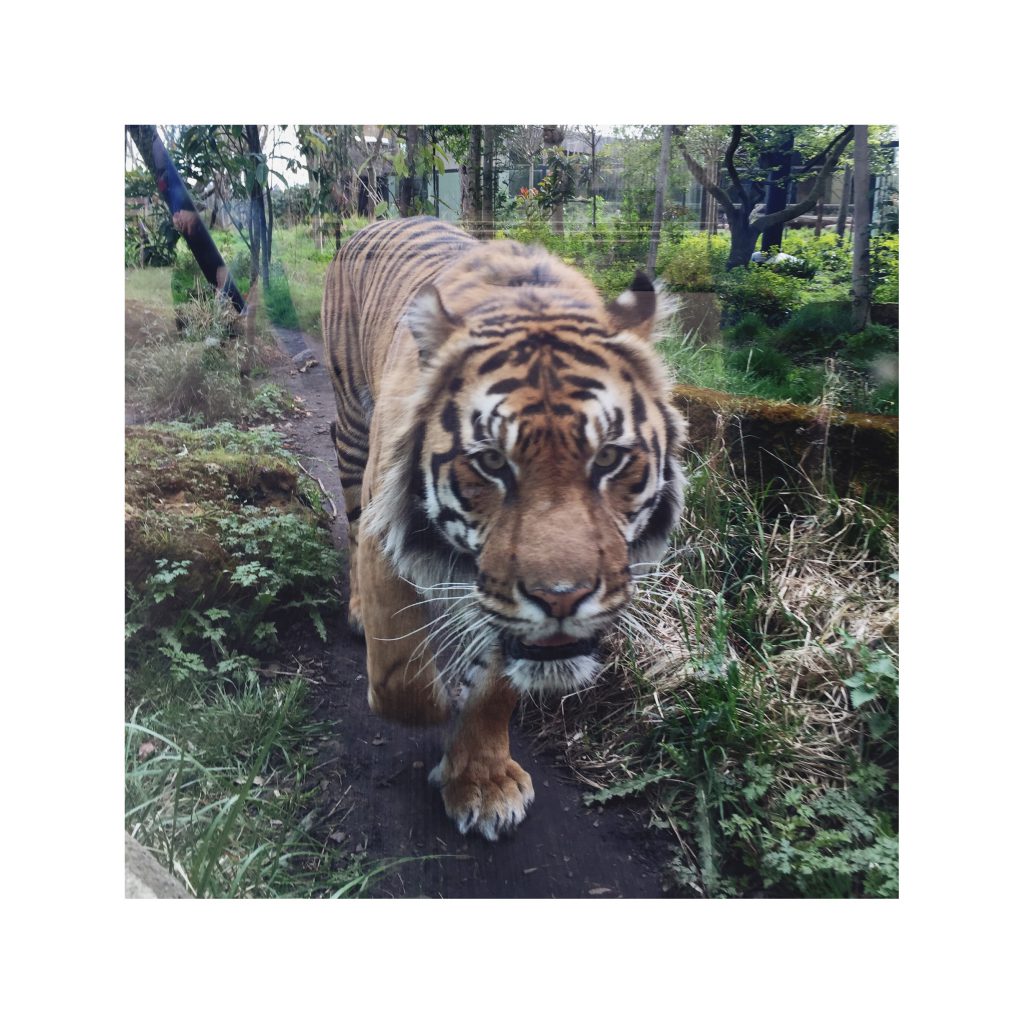 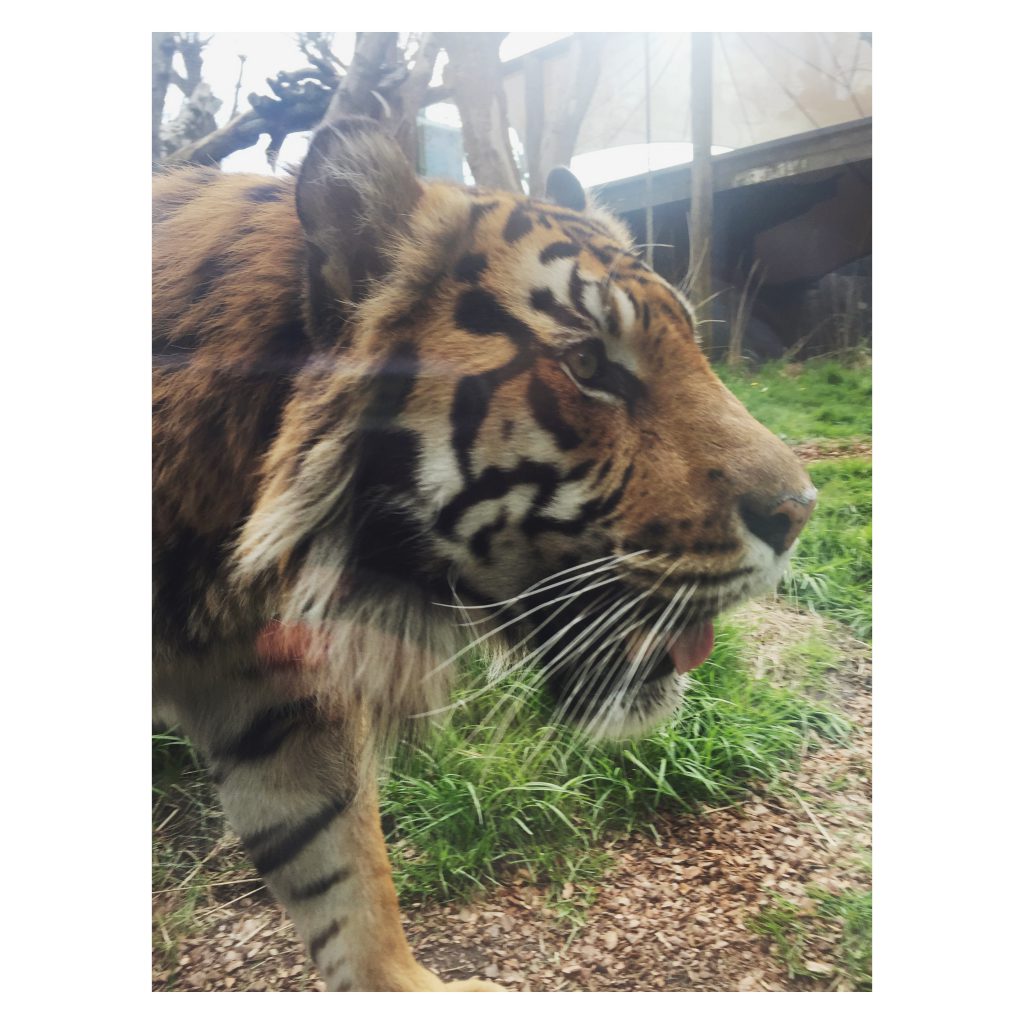 When they’re not yawning ferociously, the pygmy hippos are very cute! 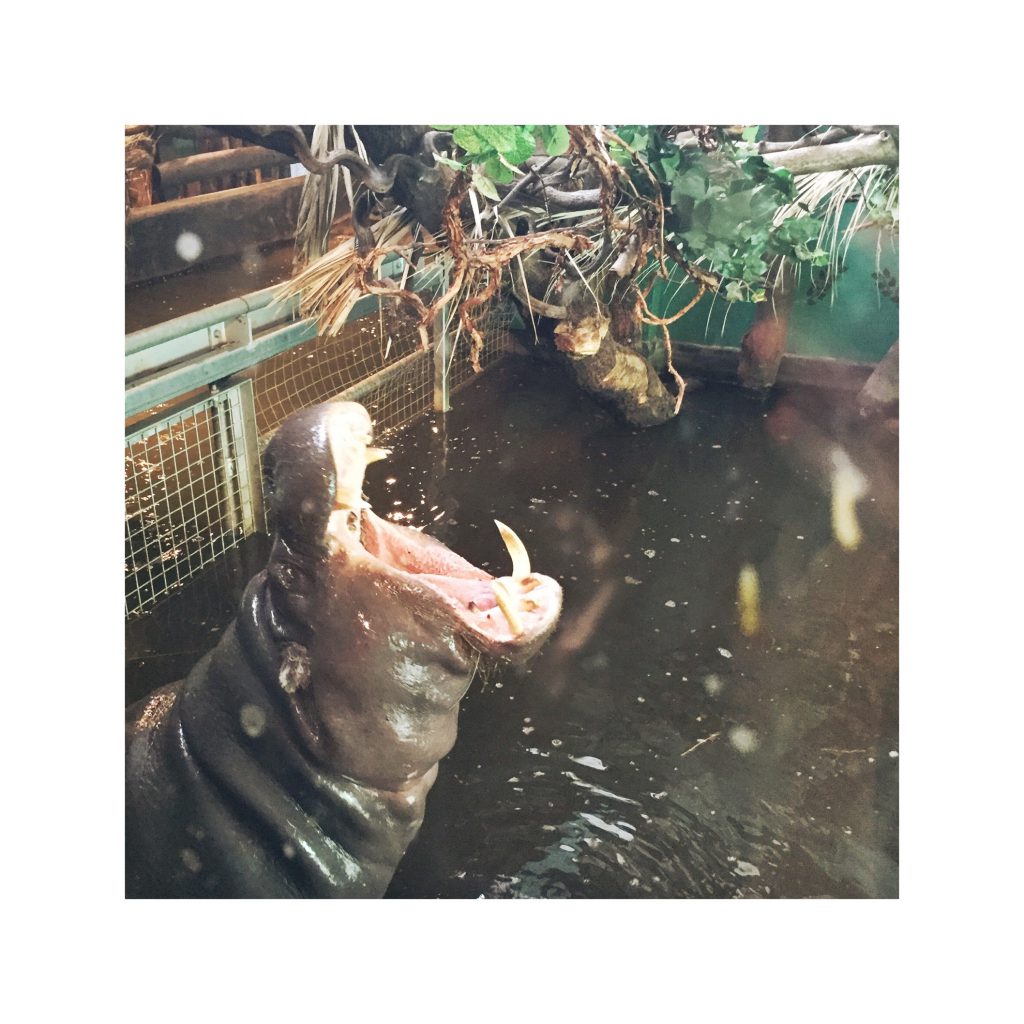 It was feeding time when we got to the Gorillas, and their two little babies were just the cutest! You can just about see the youngest being held by her mum in this picture, but just look at the other one! SO CUTE!

I was quite annoyed when we got to the ‘Into Africa’ exhibit, as I was desperate to see the Giraffes. We could just about see them, but they’d gone into their house to eat and the doors were shut behind them. Luckily, when we got around to the other side, you could go into the Giraffe House and get up really close to them. Giraffes are some of my favourite animals – even though they look really weird, they’re still incredibly beautiful! 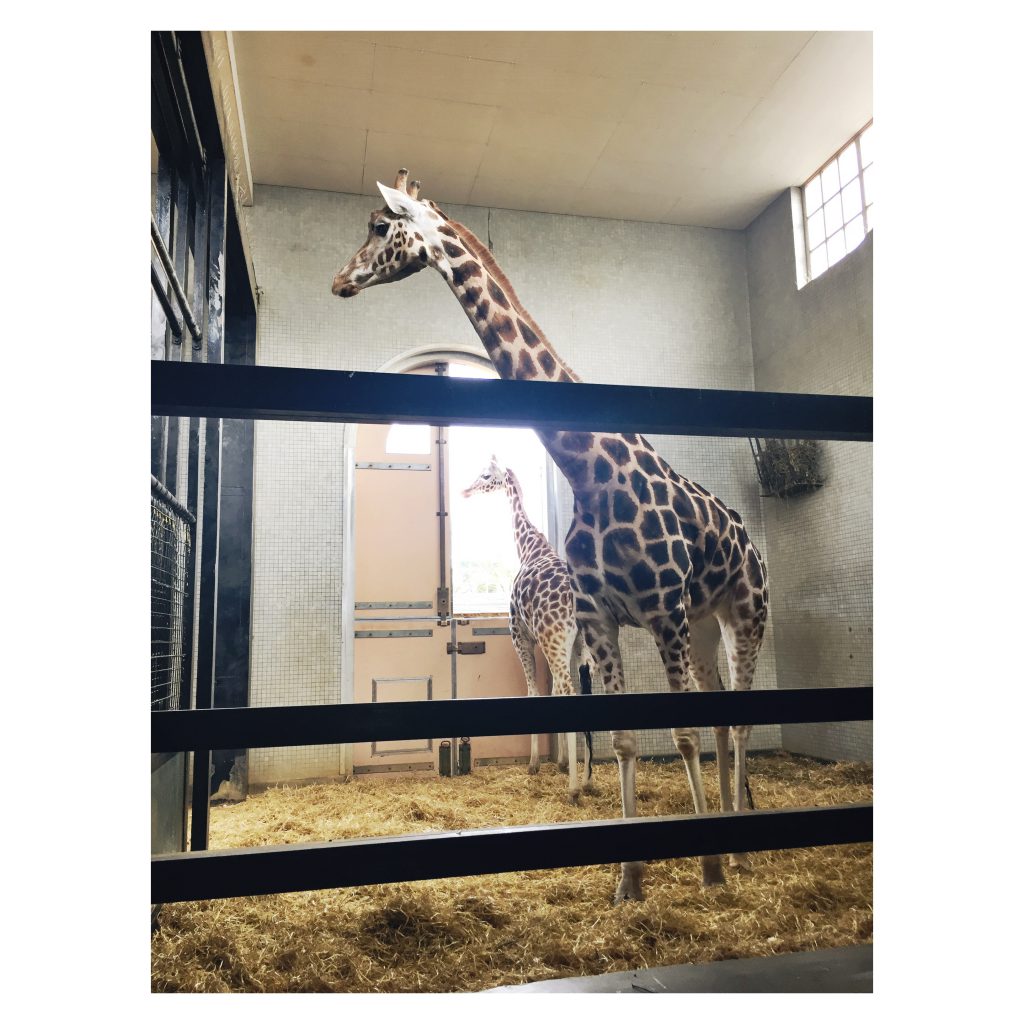 Another real highlight of the Zoo for me was the ‘In With the Lemurs’ exhibit. They’ve created a walkway through a the Ring-Tailed Lemurs Madagascan shrub forest home, so you can get so close to them (as long as you don’t touch!). They’re such funny animals, and it’s such an exciting experience to be able to get so close to the animals – one even brushed my back with its tail as it walked past. 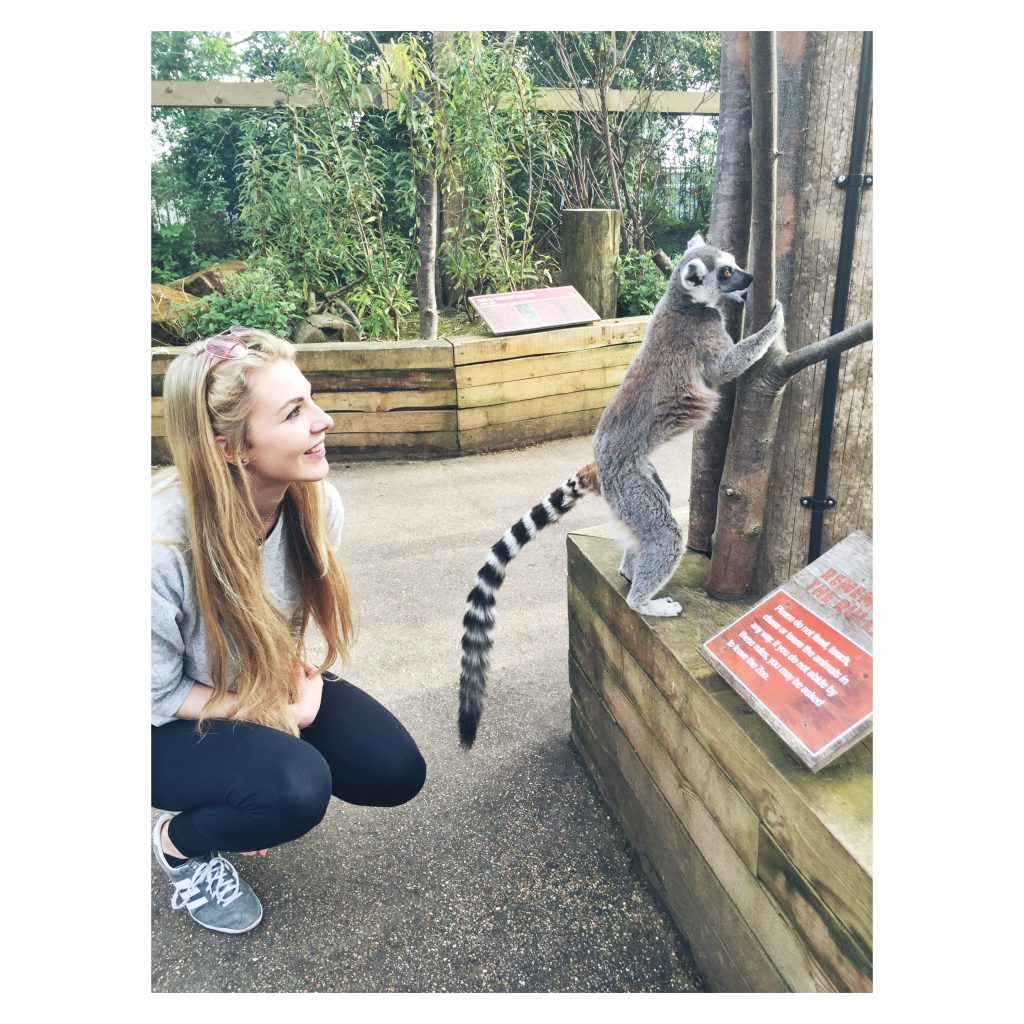 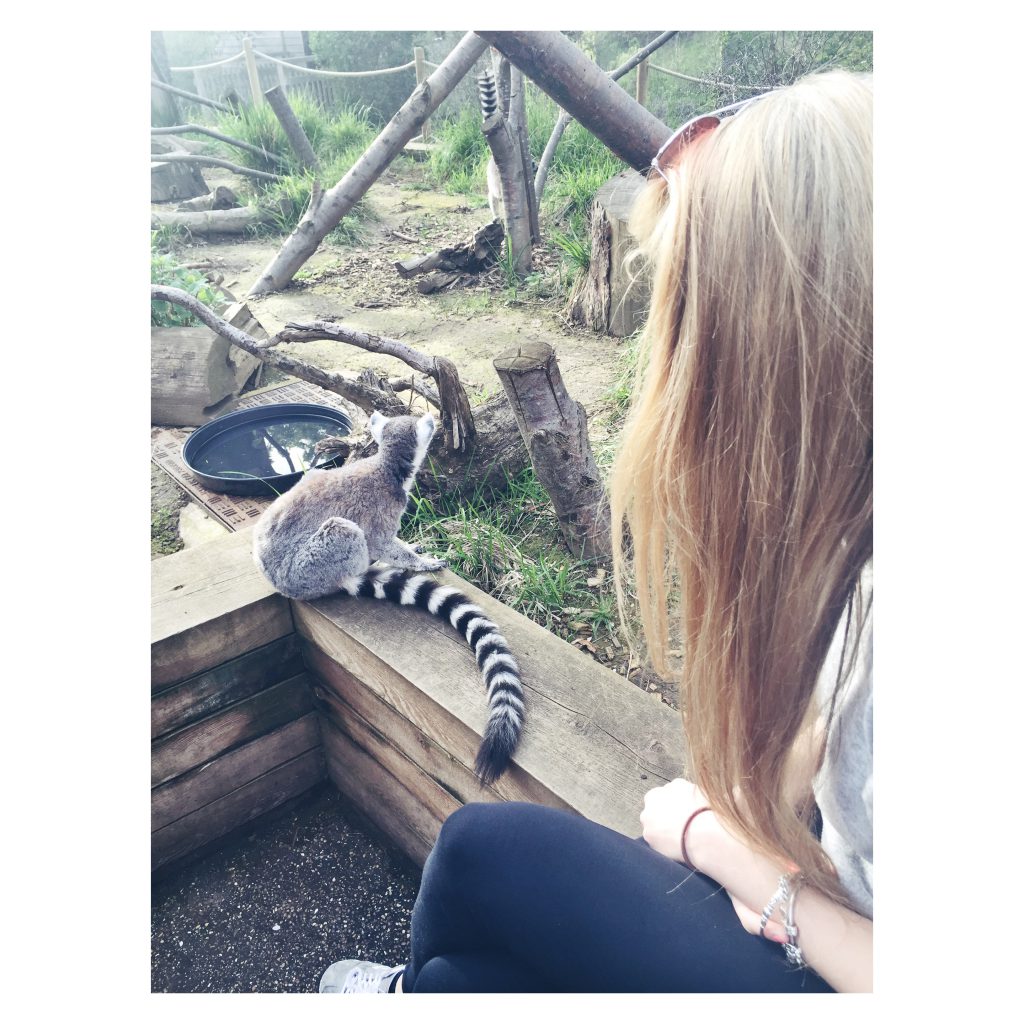 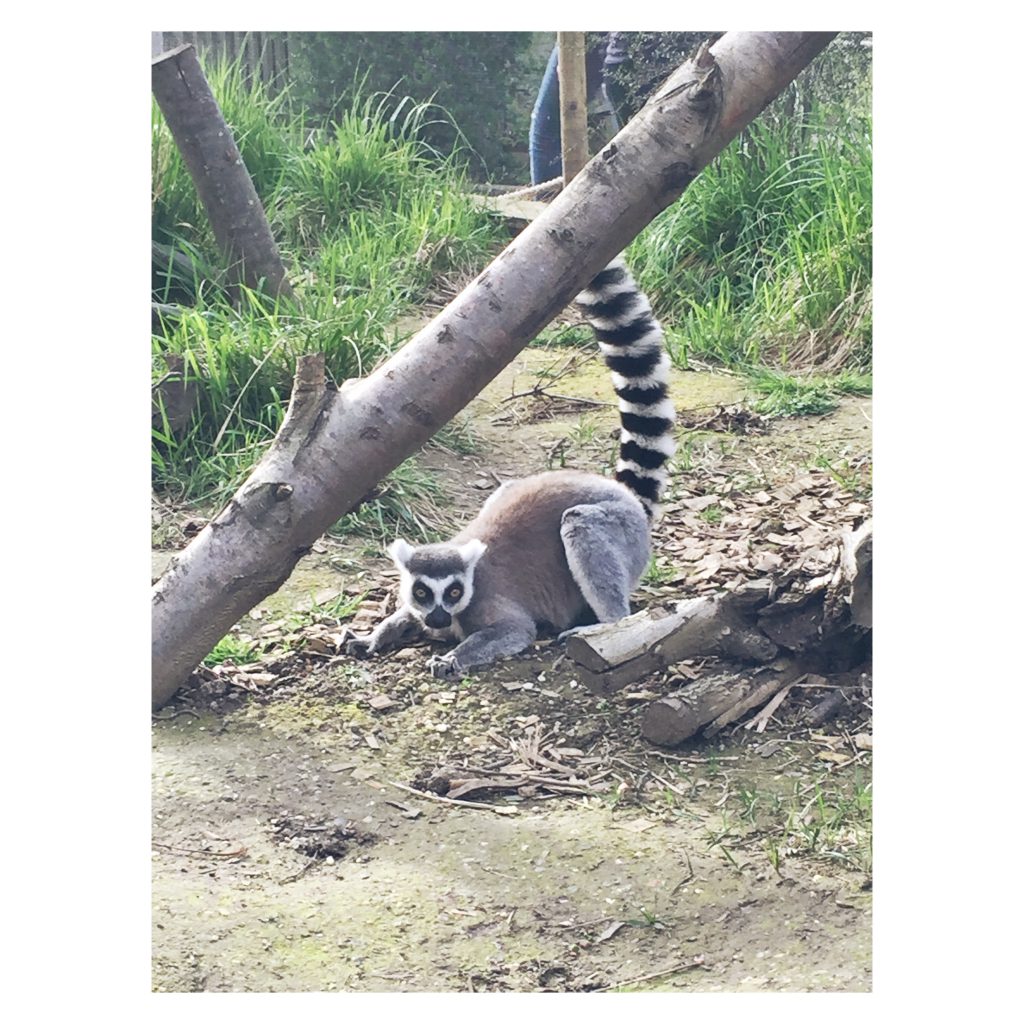 London Zoo is pretty small, but if you’re in London and stuck for something to do it’s a fantastic day out! We spent about 3 hours there, which we thought would be more than enough, but I could’ve done with an hour or two more as there was lots we didn’t see.

Now I’m back in Southampton, I’ll definitely be getting some friends together for a trip to Marwell Zoo soon!