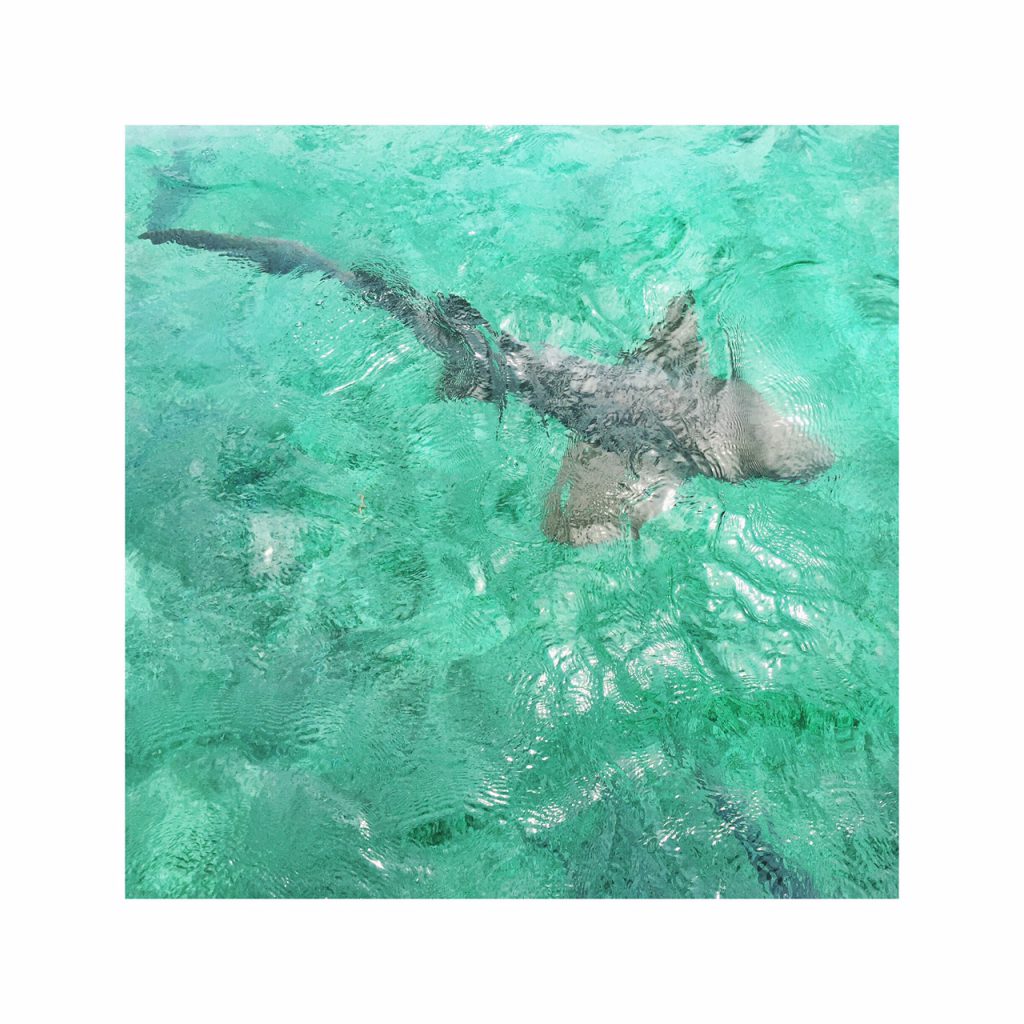 If you’ve been keeping up with my recent posts, you’ll know that I recently got back from the holiday of a lifetime. My family and I spent a great few days in Miami, and then we flew to the island of Ambergris Caye in Belize for 10 days. I had such an amazing time, and I promise this is my last post. 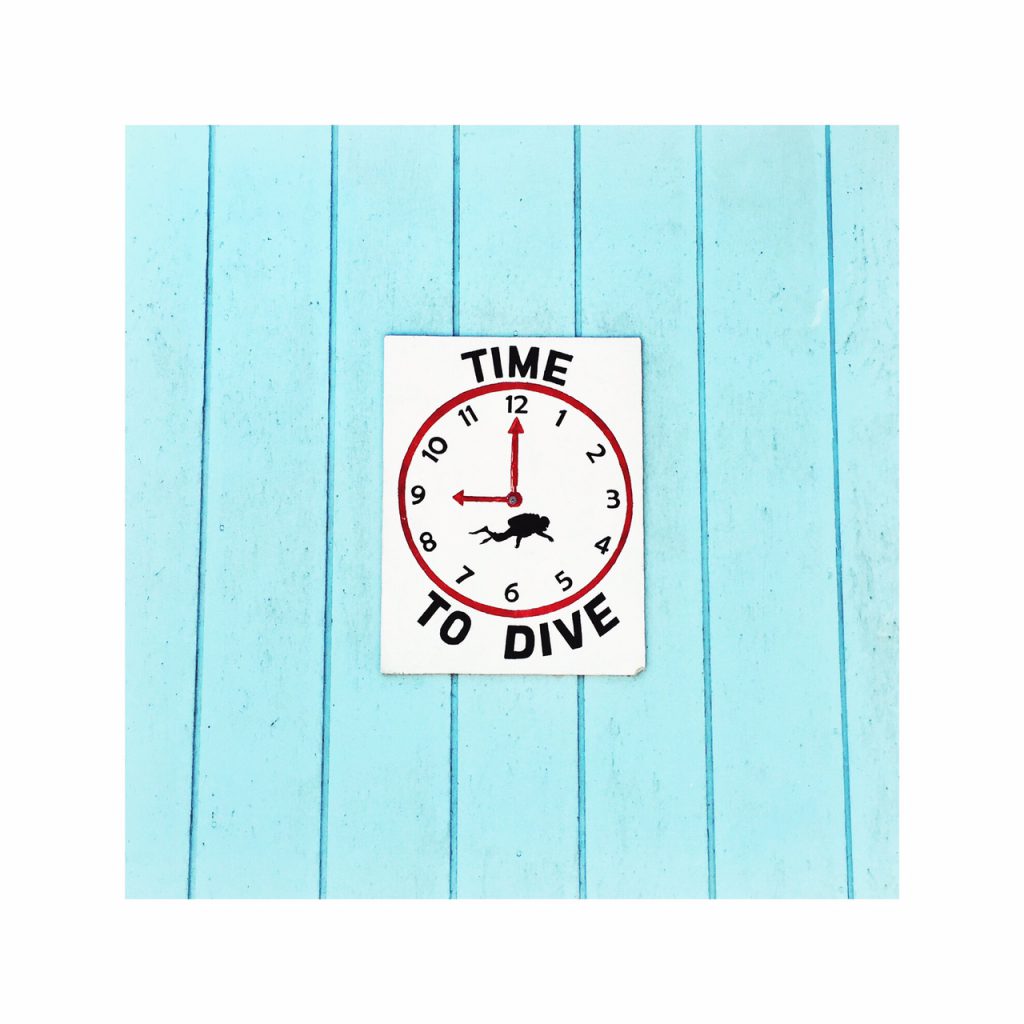 I was particularly excited for this holiday because I knew I was finally going to get to achieve one of my dreams – learning to scuba dive! I’ve been wanting to dive since I was tiny, watching my parents dive on the Great Barrier Reef. 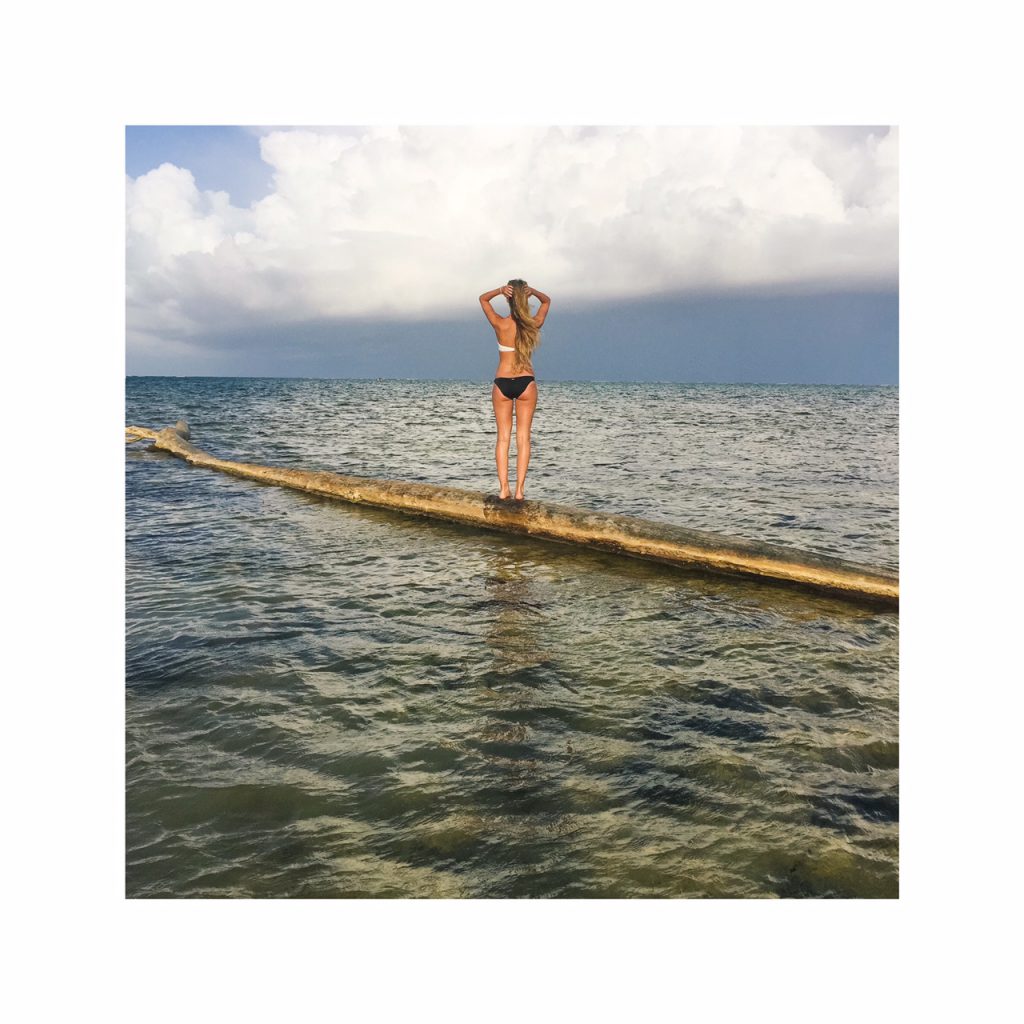 The course was super easy; I was taught all the basics of the equipment, and then had a quick dive in the pool. We then moved out to a 30ft confined water dive at ‘Mexico Rocks’, where we got within centimetres of hundreds of fish, sting rays and even a turtle! We also got a brief glimpse of some nurse sharks. The next day, we did a couple of slightly deeper 40ft dives at ‘Mexico Rocks Cave’, a small cave where lobster and huge sea cucumbers live. 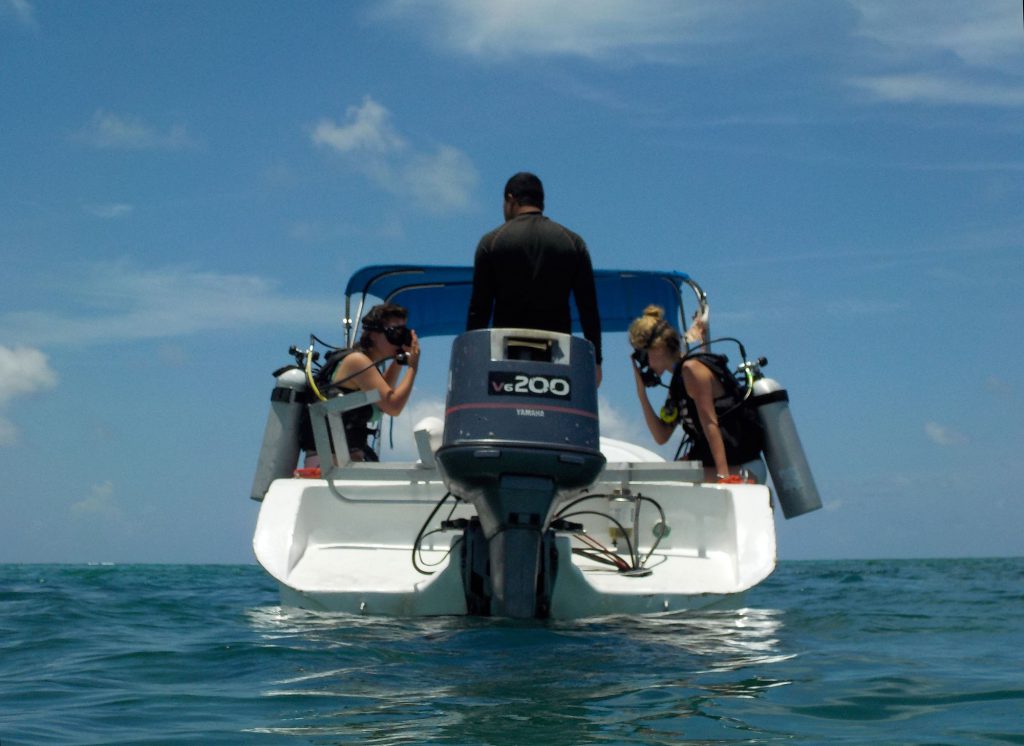 On the third day, we moved out to the proper reef and did two 60ft dives over some amazing coral ‘fingers’. There were plenty more fish, colourful corals and lobster there, and it felt absolutely amazing to be amongst the sea life for such a long time. It felt like flying! After that, I’d completed all my official dives and just had to take my test. 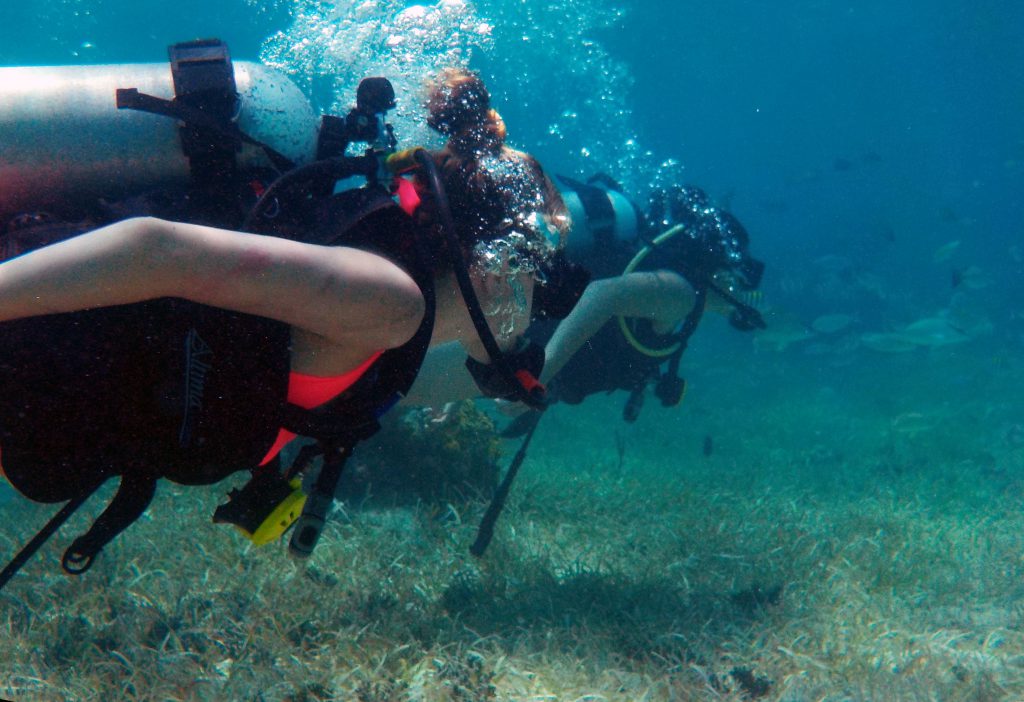 I did lots of other dives on the reef before that, including a particularly nerve-wracking one. Our dive-master told us that we were going to a reef where the hammerheads usually hang out, as my dad wanted to see one in the wild. I wasn’t particularly keen, and luckily, we couldn’t tie our boat up at that site, so we went nearby instead. 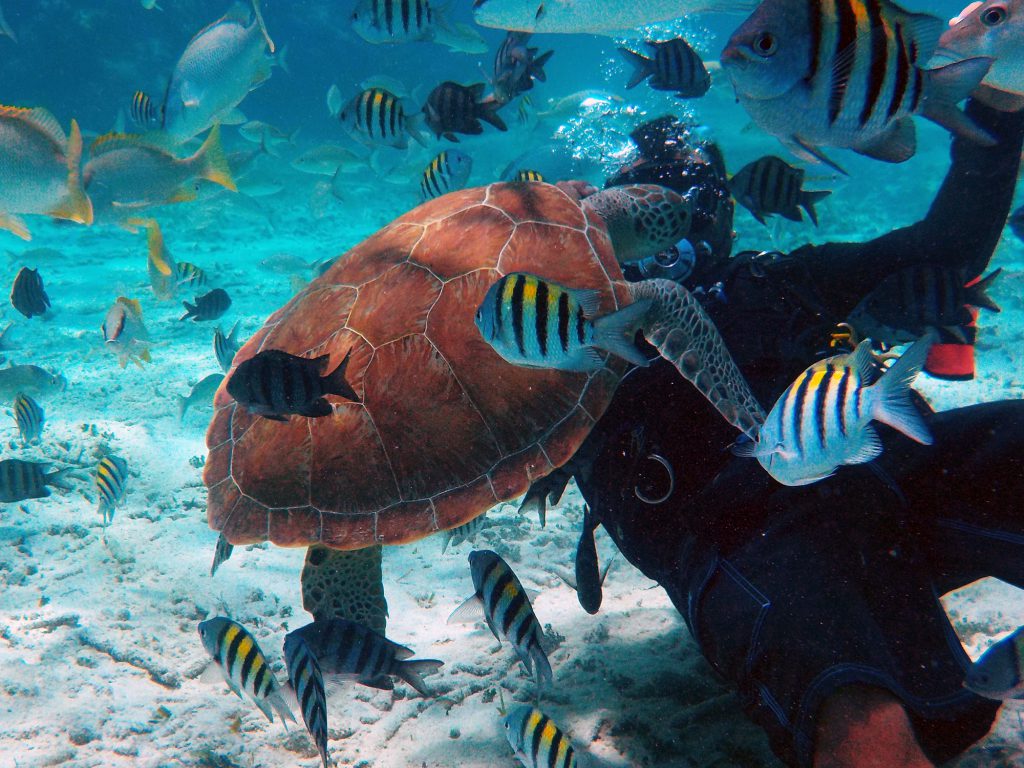 The whole dive we were followed by a nurse shark, which was amazing at first, but our dive-master was spearfishing for lion-fish and lobster, so she got very excited when she noticed the lion-fish on the spear and came really close. Nurse sharks themselves aren’t dangerous, but I knew the hammerheads were close and we were carrying a dead fish around. Divers very, very rarely get attacked by sharks… unless they’re spearfishing! 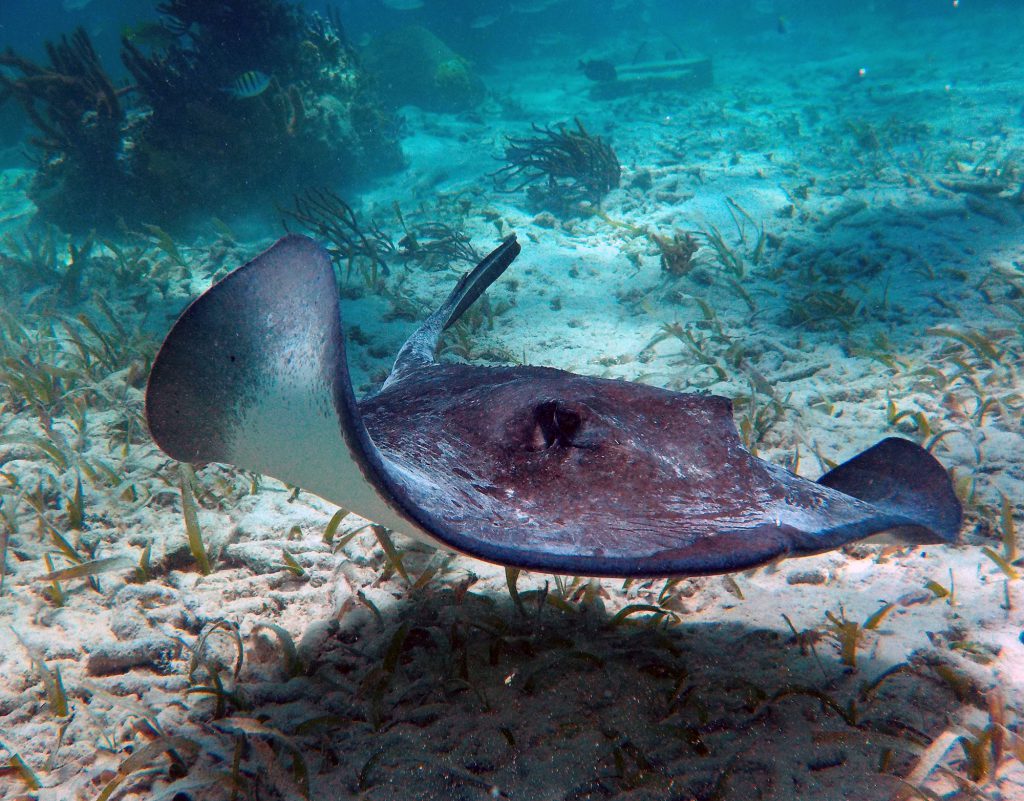 As we swam back to the boat, four big remora appeared. Remora are those weird flat headed fish that stick themselves to big things; whales, dolphins, large turtles… and sharks. If they appear in the open water, it’s ‘usually a sign that something bigger is around’. I was glad to get back on the boat! Looking back, though, it was a really cool dive. 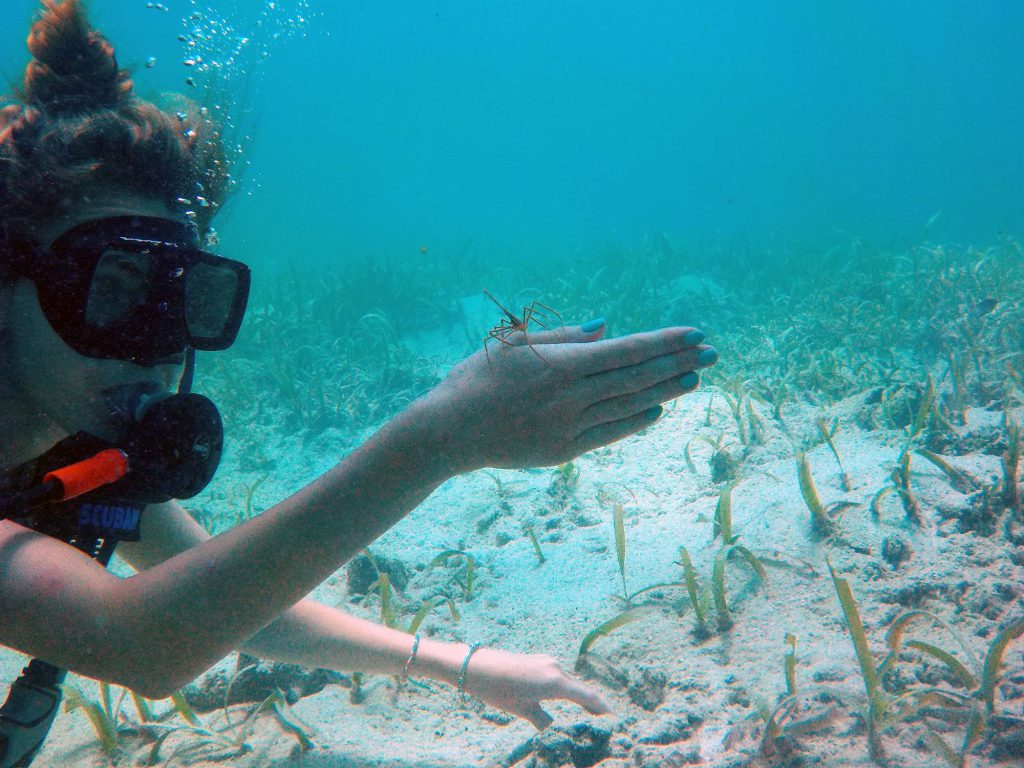 After watching about 2.5 hours of seriously dull ‘skill’ videos (made even more boring by the fact I’d rather be sitting in the sun!), I took my test on the last morning, and passed with 96%! Now I’m an official PADI Open Water Scuba Diver, and I’m so so happy. 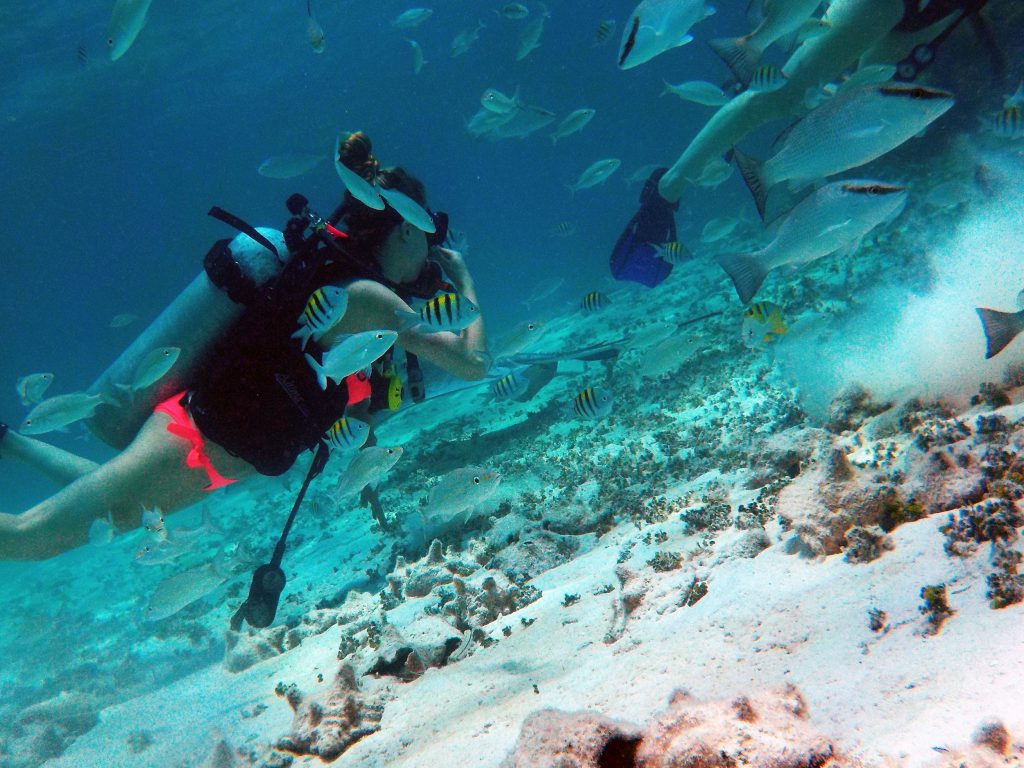 My current plan is to take a year, or more, out after uni and going back to Australia and the barrier reef, and train to become a Dive-master! But who knows what’ll happen….