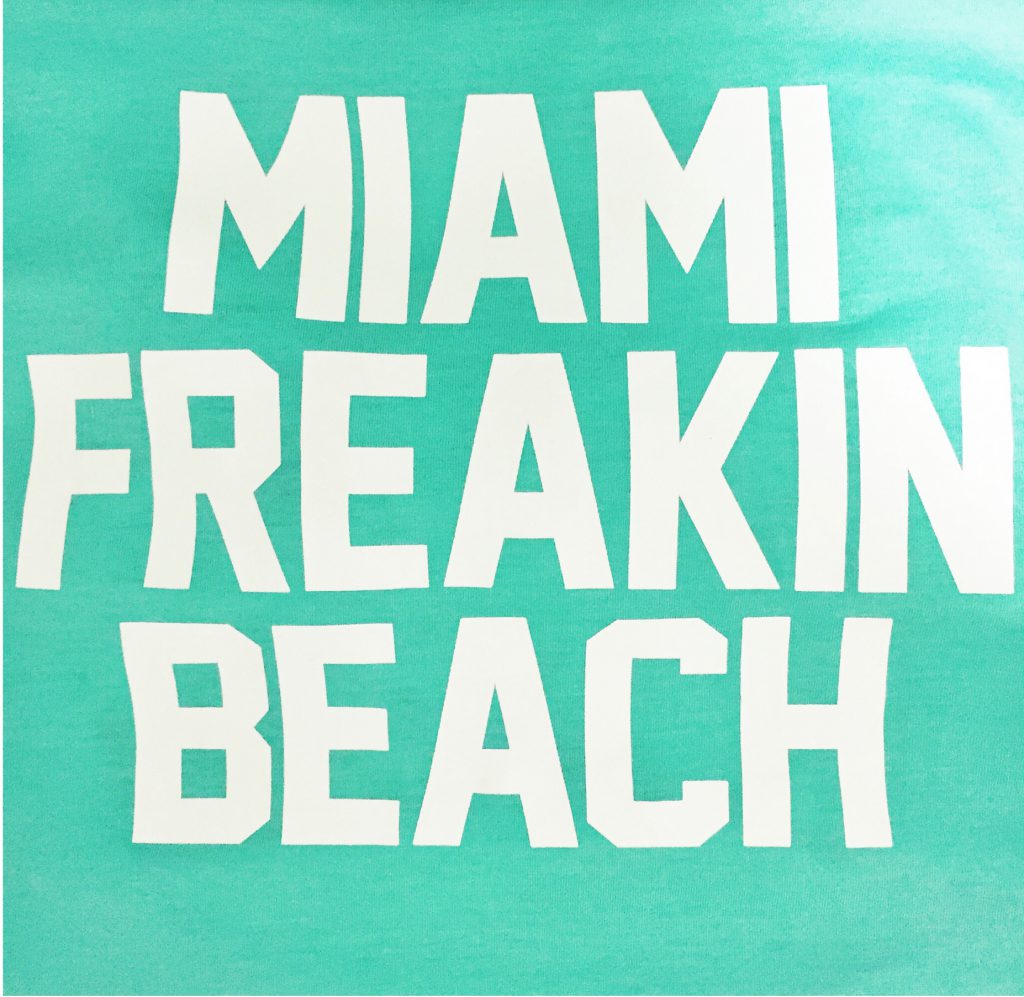 Two weeks ago, I was lucky enough to spend a few days in Miami with my family, en route to Belize. It was honestly one of the best holidays I’ve ever been on, I seriously enjoyed every single second. So shoutout to my parents, thanks for the amazing holiday!

But Miami. It is such a cool city. Although it’s right at the bottom of Florida it has a strong latina vibe, which is why they call it the Capital of Latin America. It was completely different to New York, where I spent five days in February with uni. I almost can’t believe they’re in the same country!

I love writing travel photo diaries, so naturally, I was going to do a few for this holiday. I’m super proud of some of the pictures I took in Miami, you might recognise a lot of them from my Instagram! 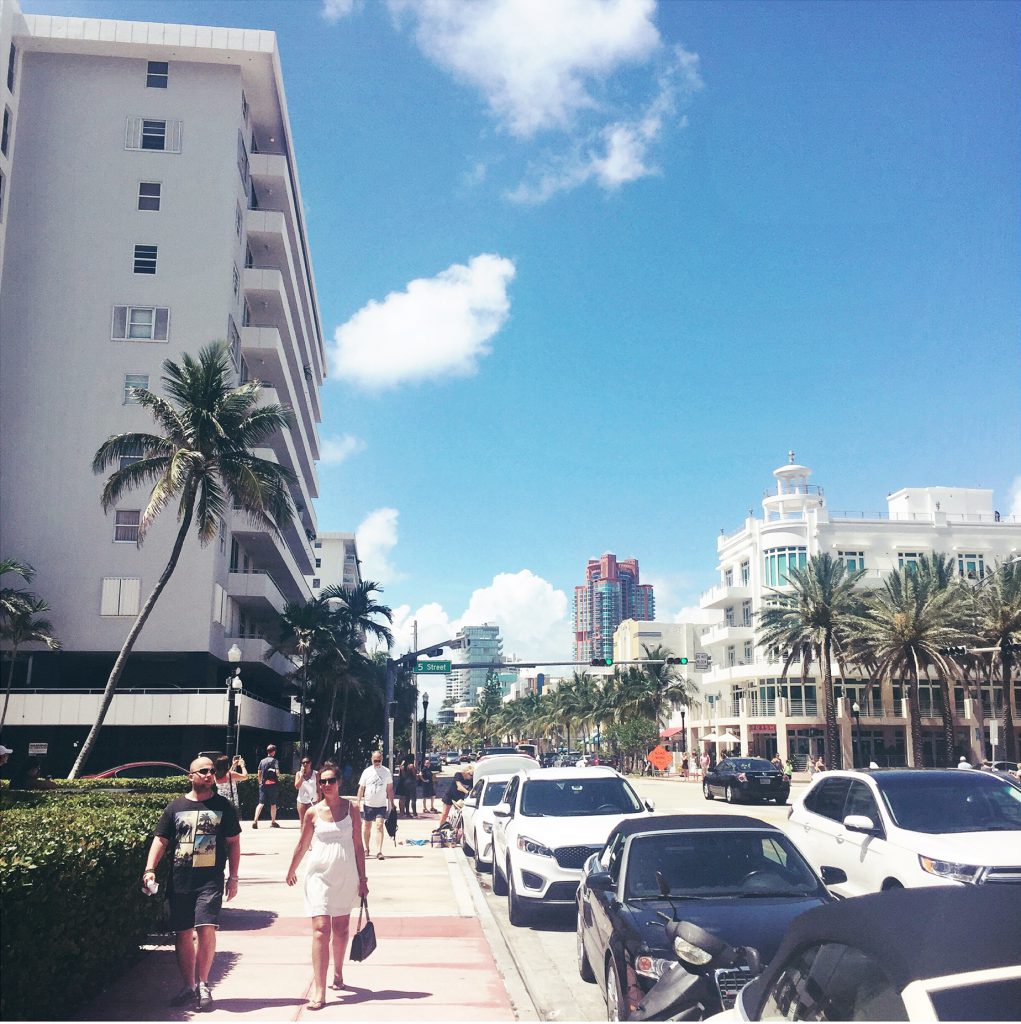 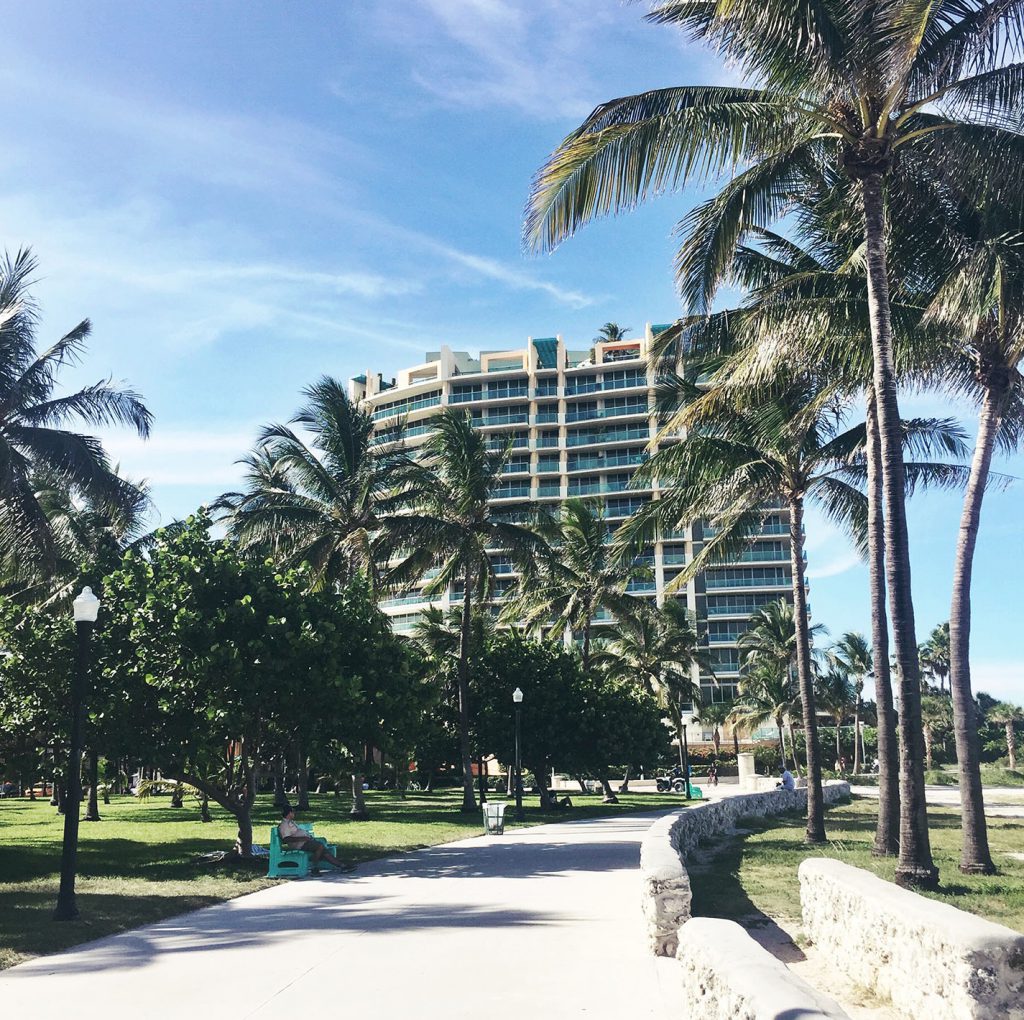 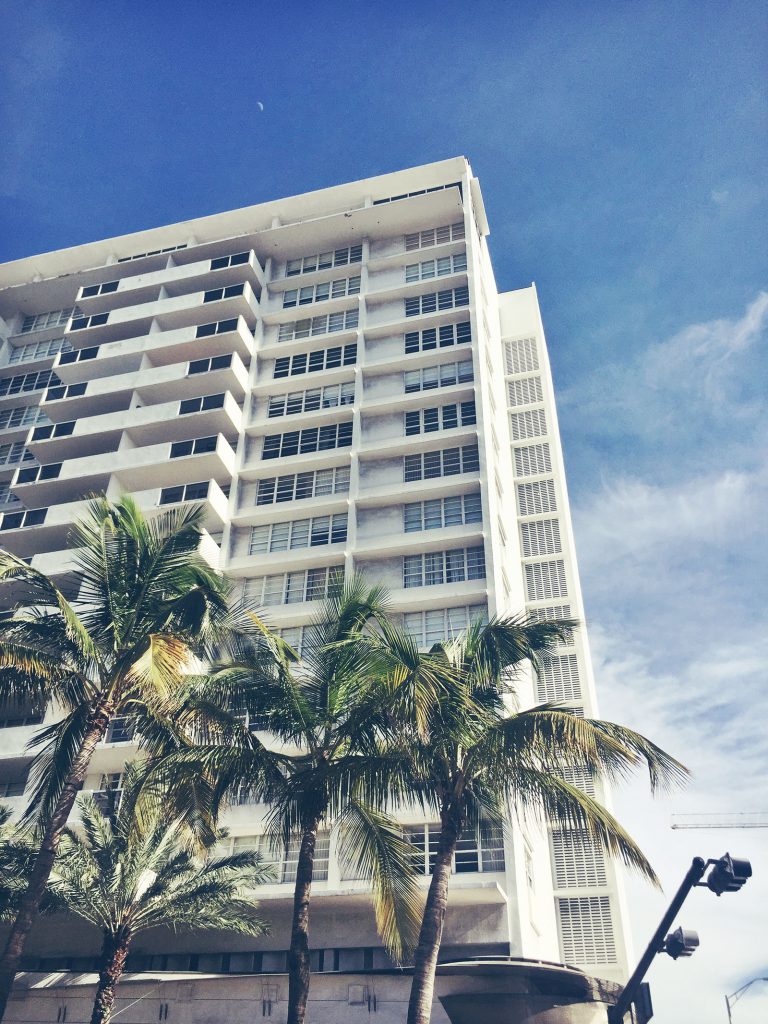 After a 9 hour flight from Heathrow, we landed in Miami on Saturday afternoon. We were flying to Belize City early on Tuesday morning, so we had a couple of days to kill in Miami Beach. I made that sound like it was a chore.

Our hotel was really close to the Lincoln Road Mall; Miami Beach’s ‘premier shopping location’. It was such a beautiful, open air shopping centre. My favourite shop has to be Dylan’s Candy Bar – it was like the gift shop for Willy Wonka’s chocolate factory (with more emphasis on the candy, but there was lots of chocolate!). 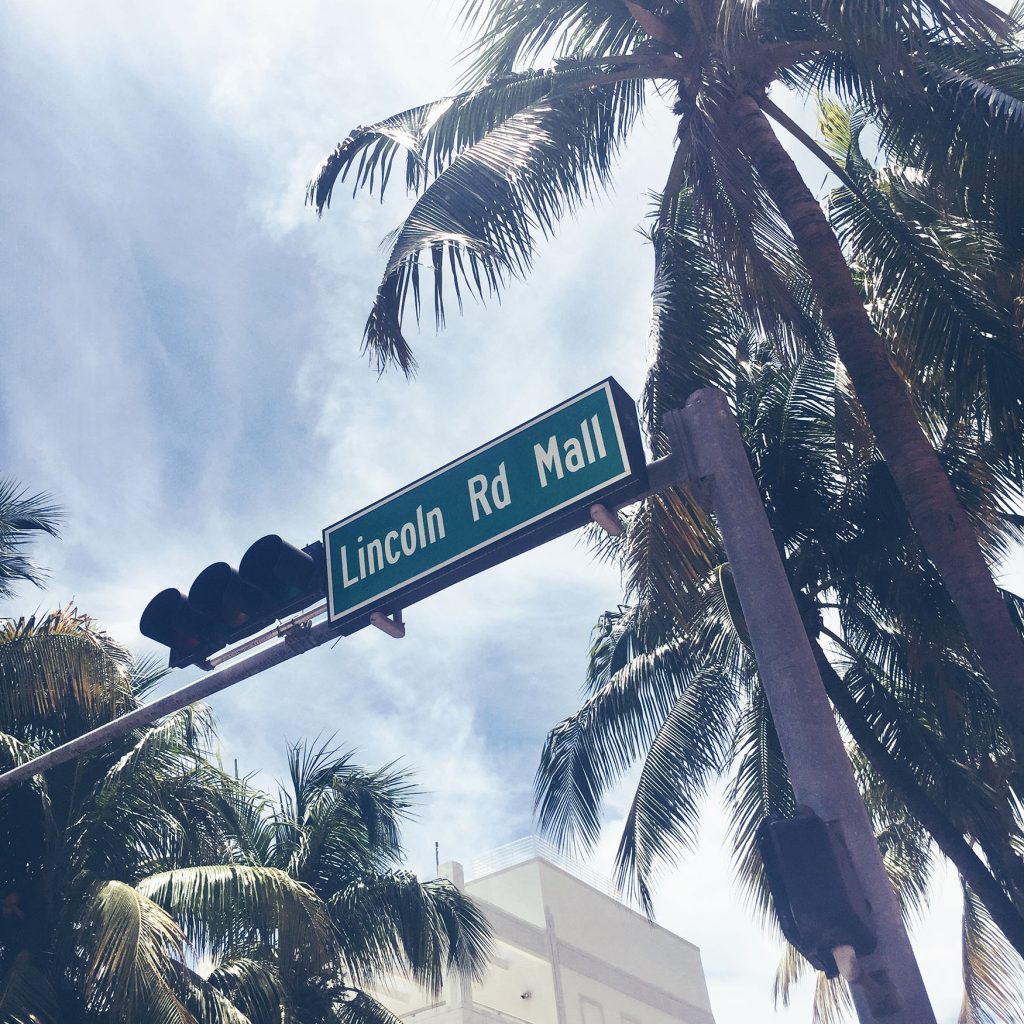 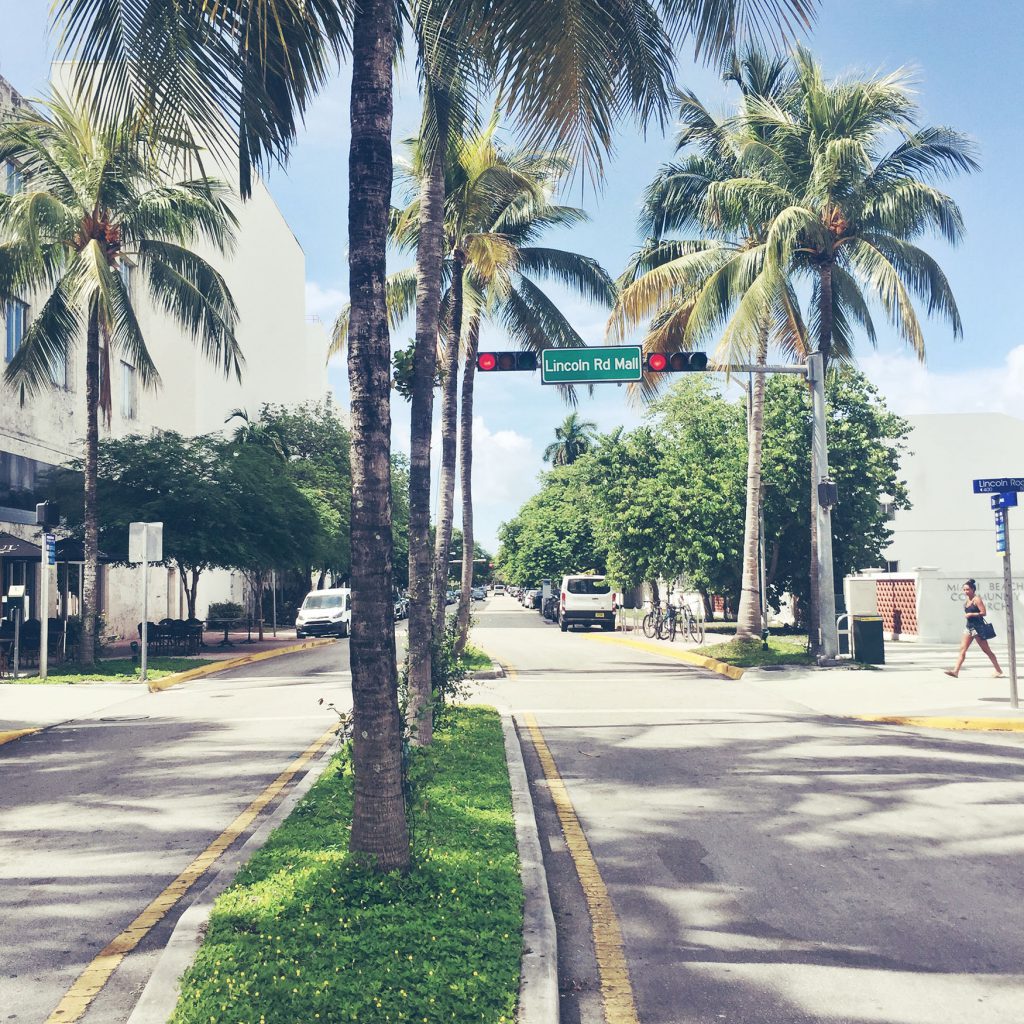 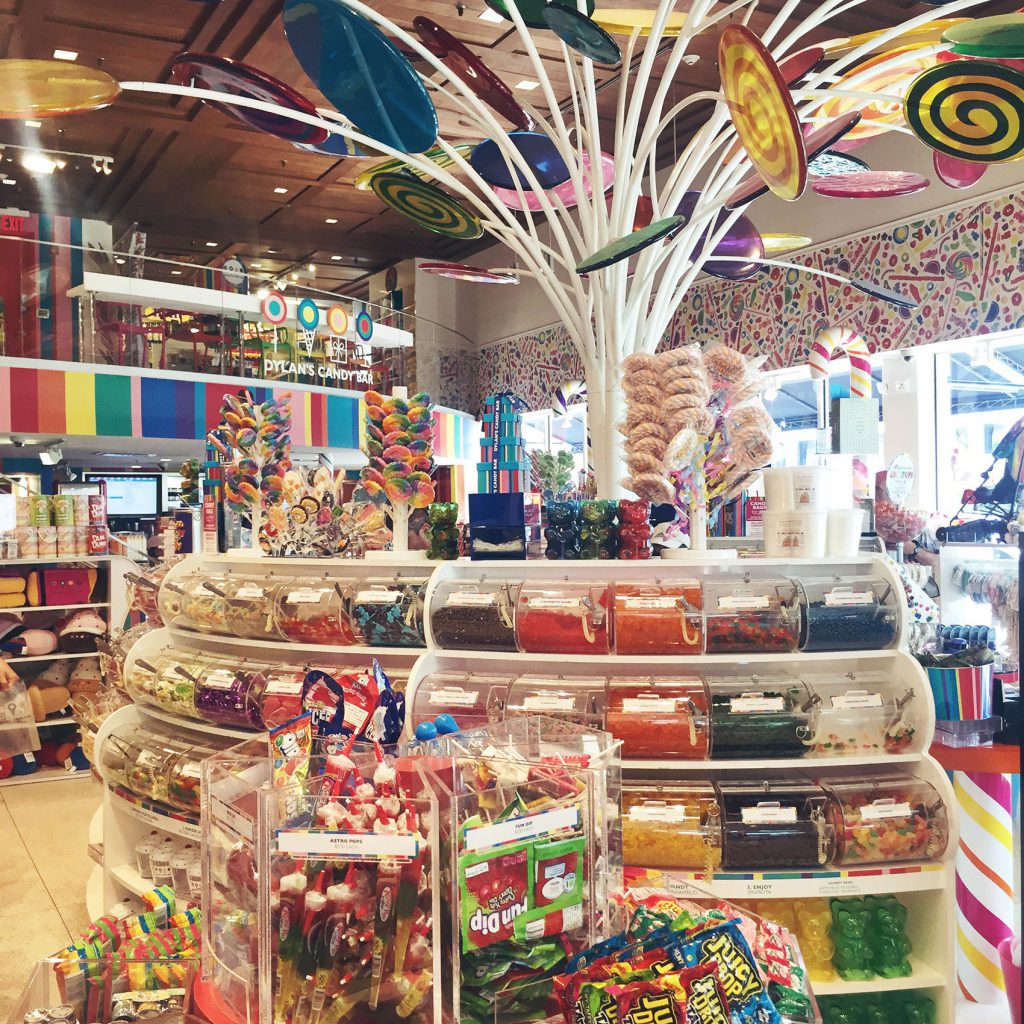 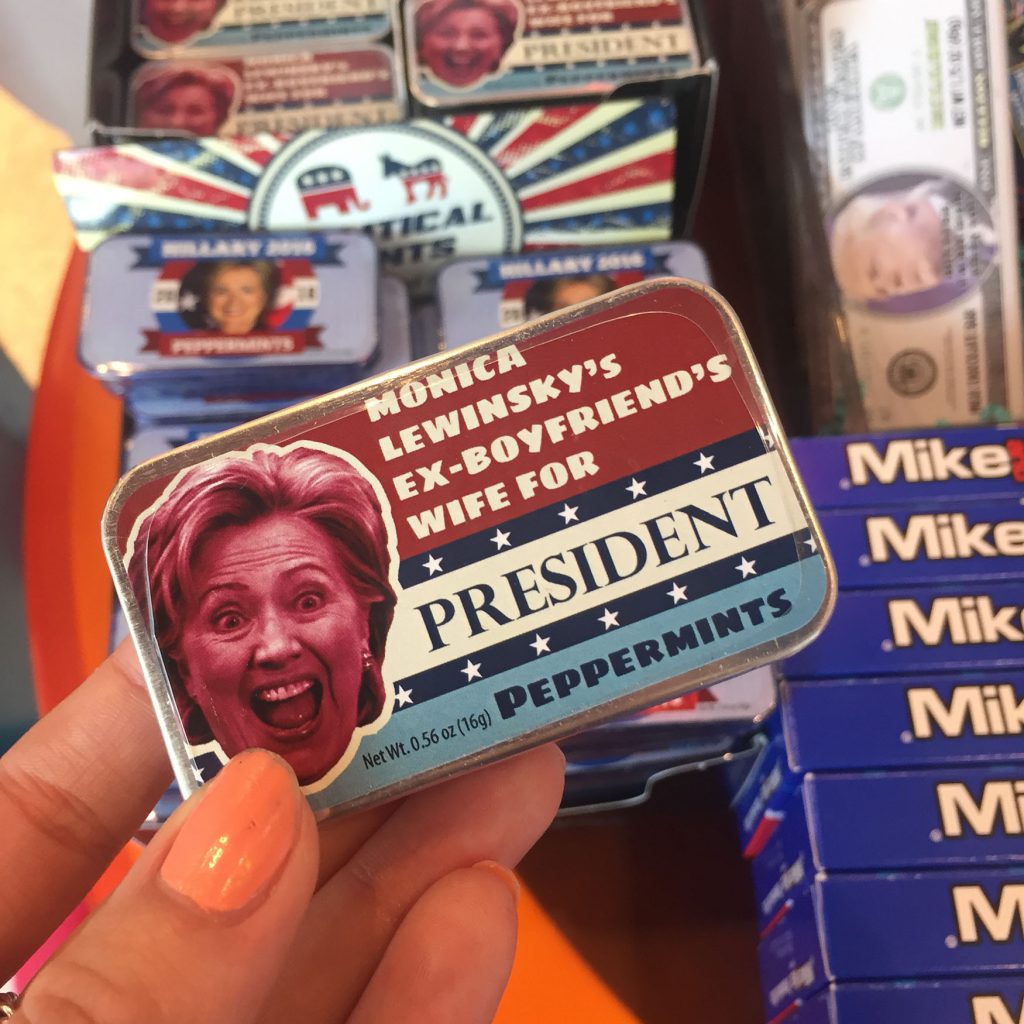 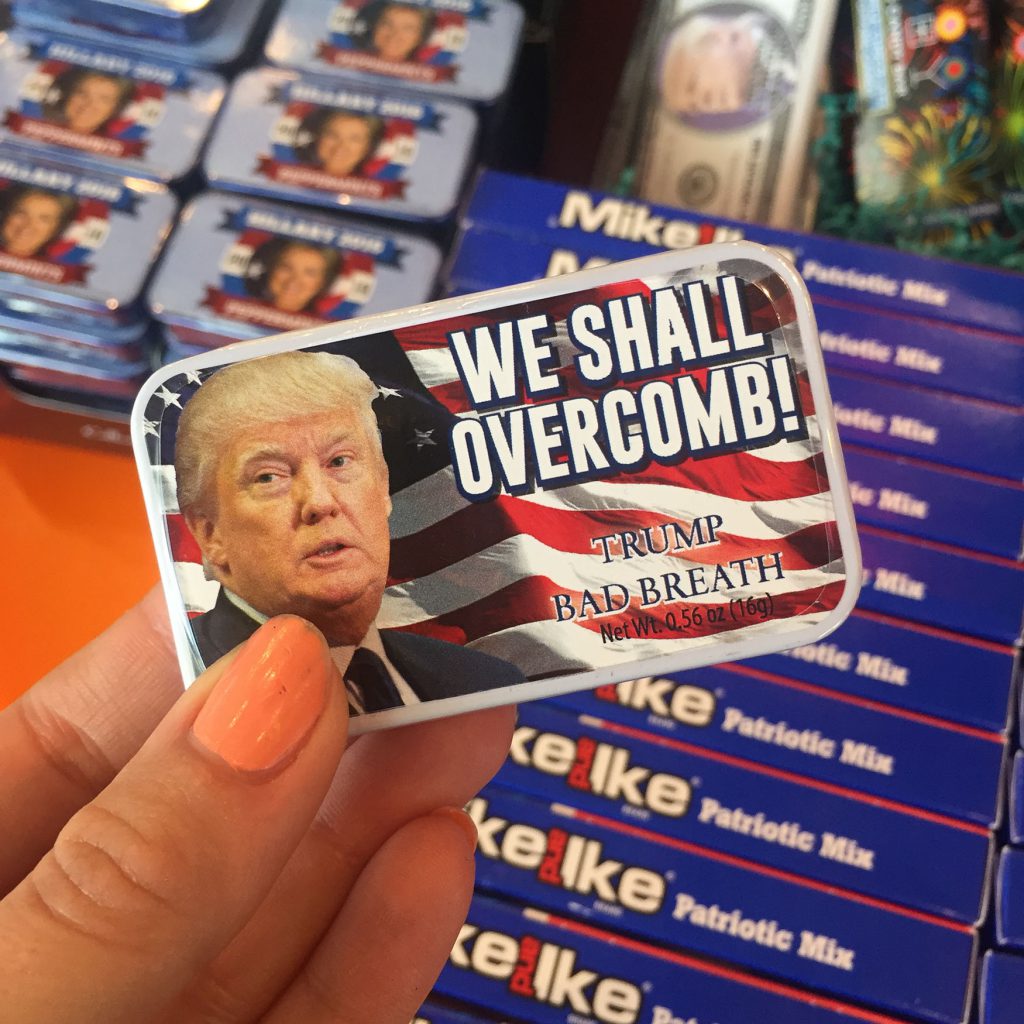 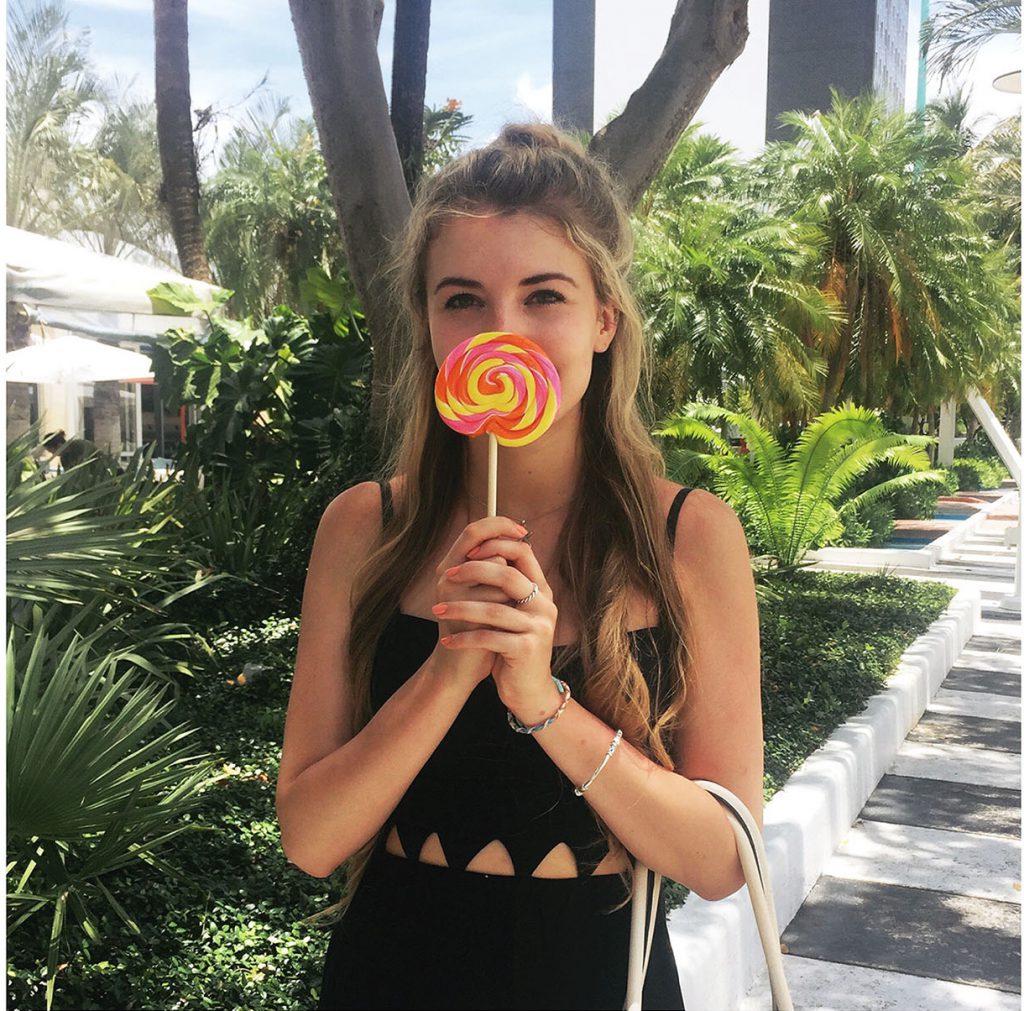 Me with my giant lollipop.

We also rented bikes and cycled along South Beach (the most Instagrammed beach in the world!). It was such a gorgeous wide pathway, winding alongside the beach. At the end, there’s a large port, and we watched a massive cruise ship and cargo boat heading out to sea. The cruise ships were so big, we could see them on the horizon until the early evening! We also spent a lot of time just chilling on South Beach. 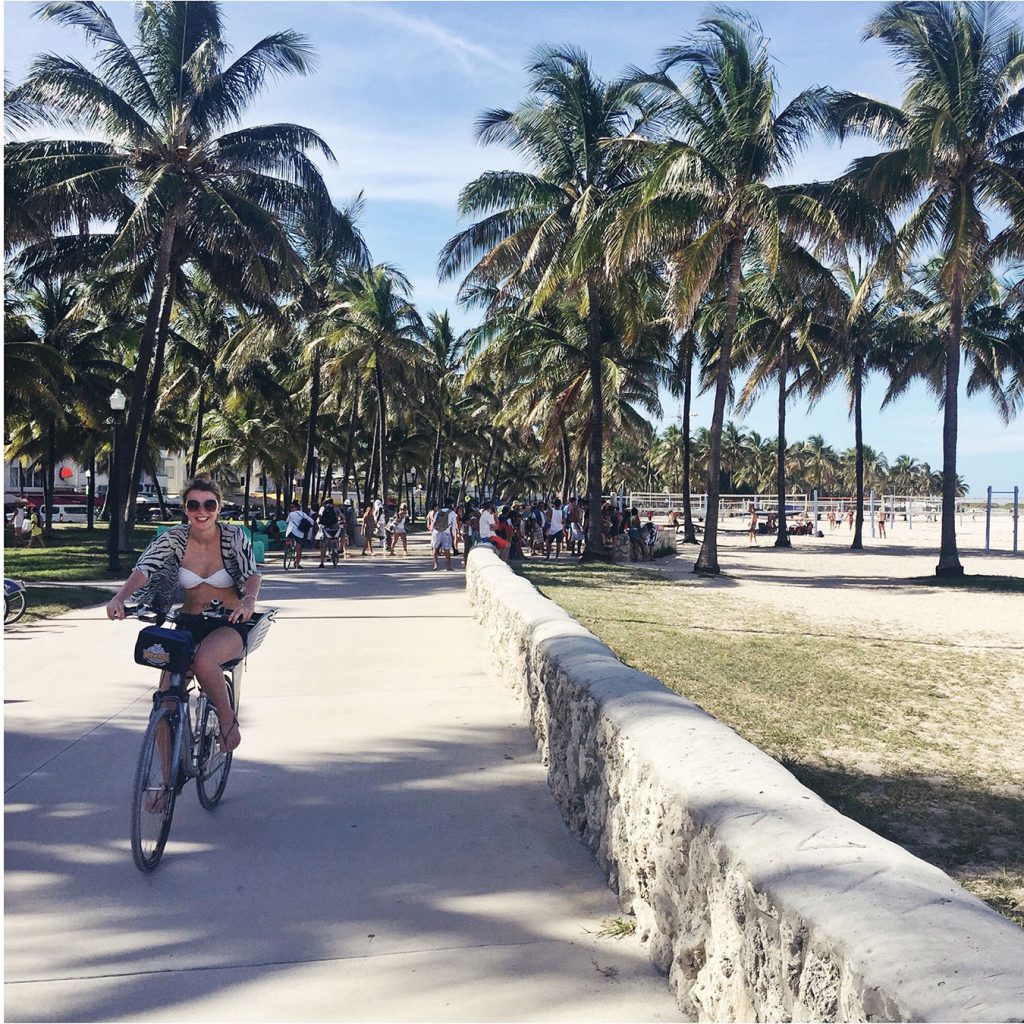 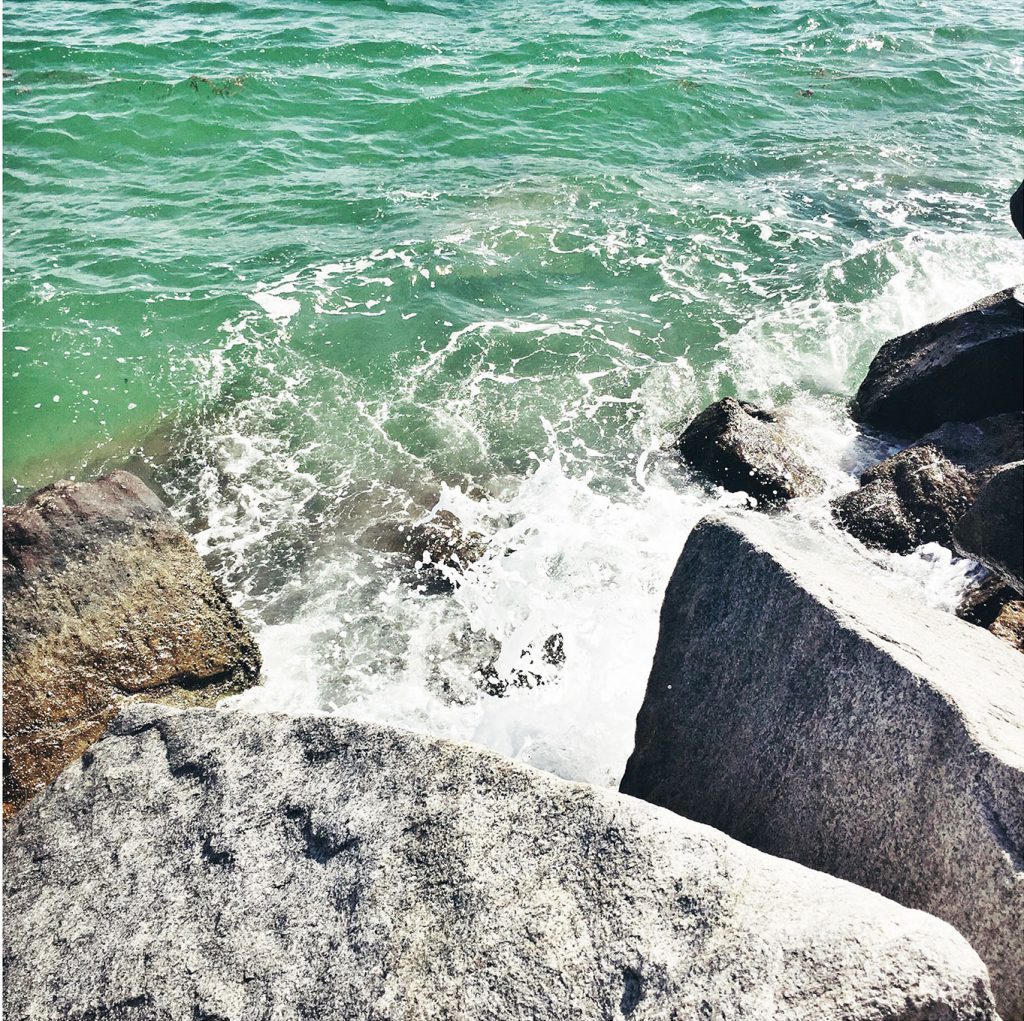 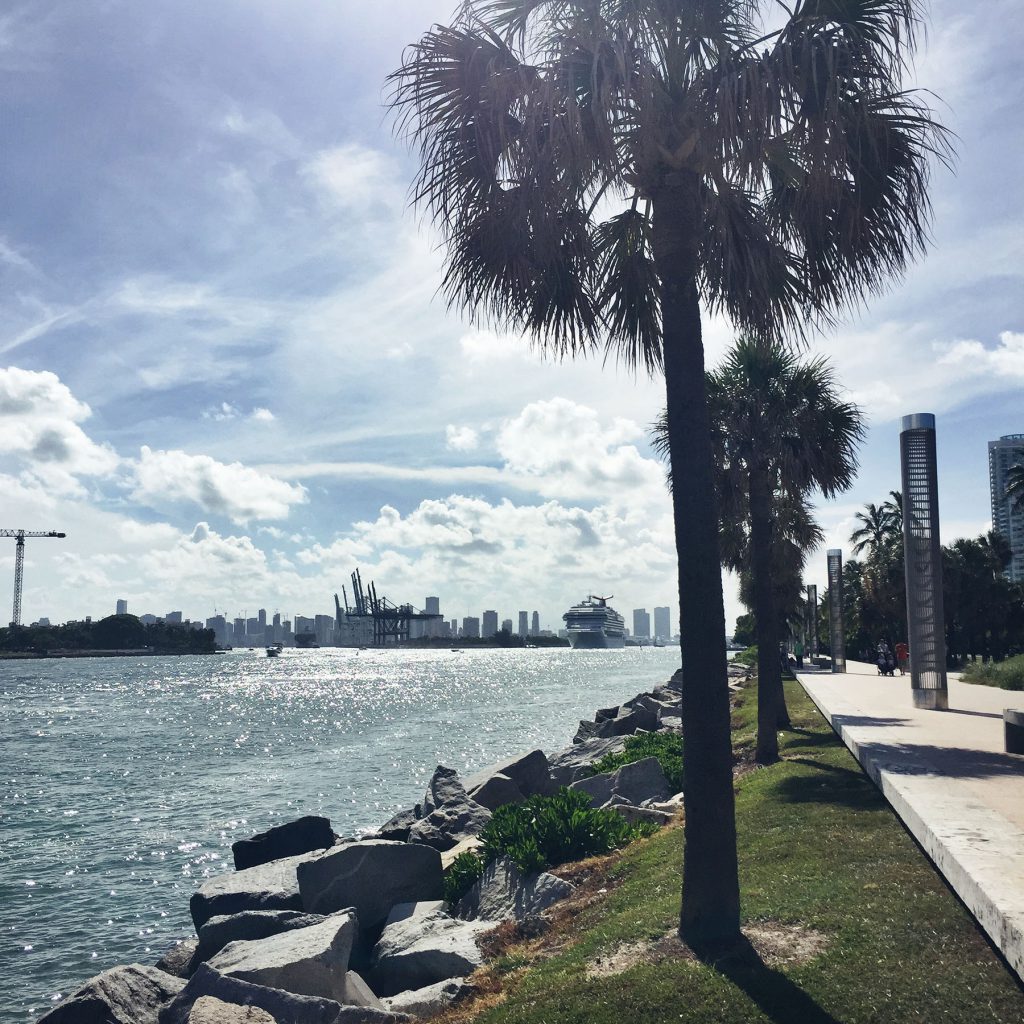 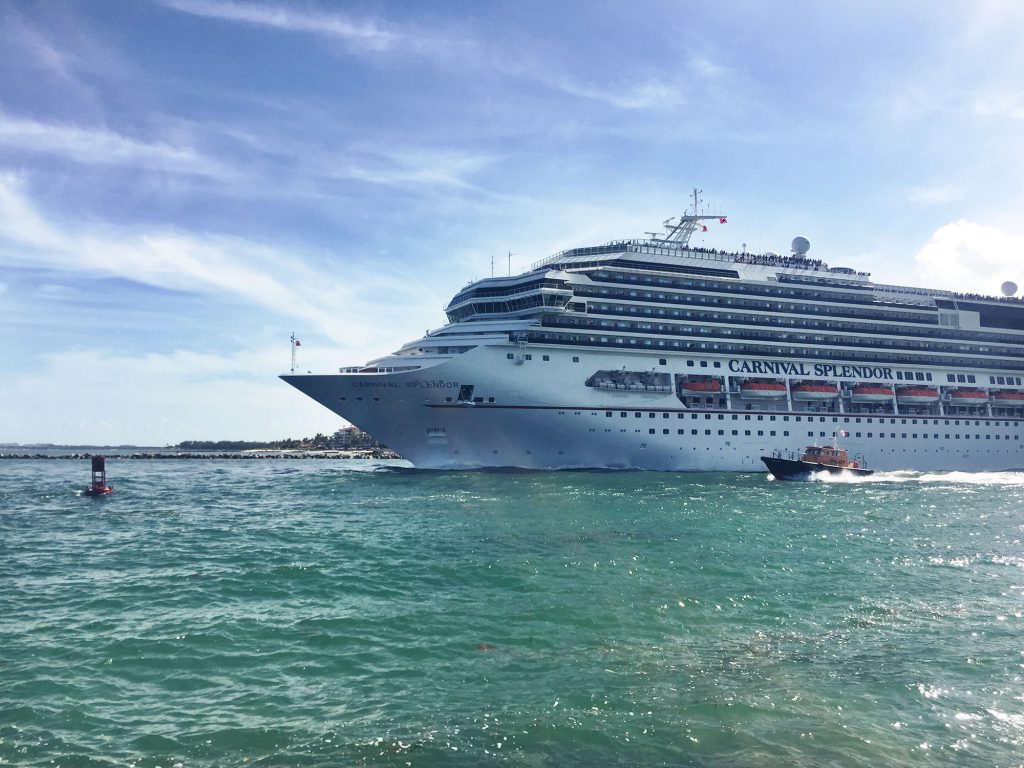 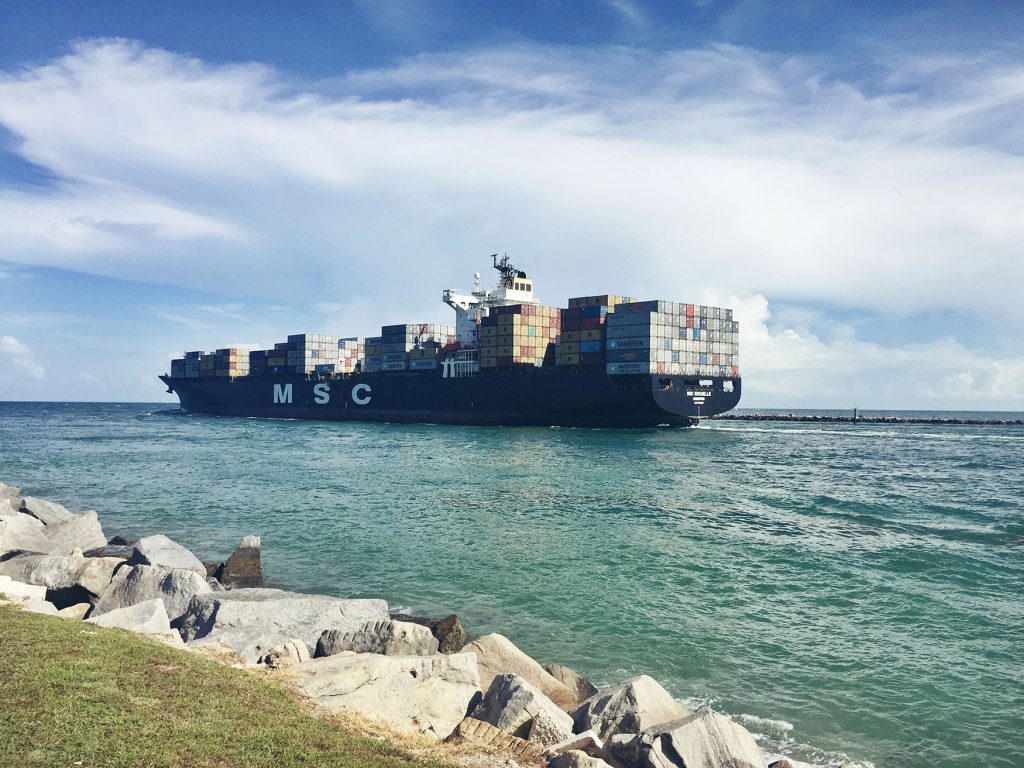 Española Way is a beautiful street not far from Lincoln Road, and it honestly felt like we’d been transported to a little European street. It was lined with restaurants, including a brilliant fish restaurant where we had dinner on the last night, and this adorable French cafe, where I met this cute little cat. 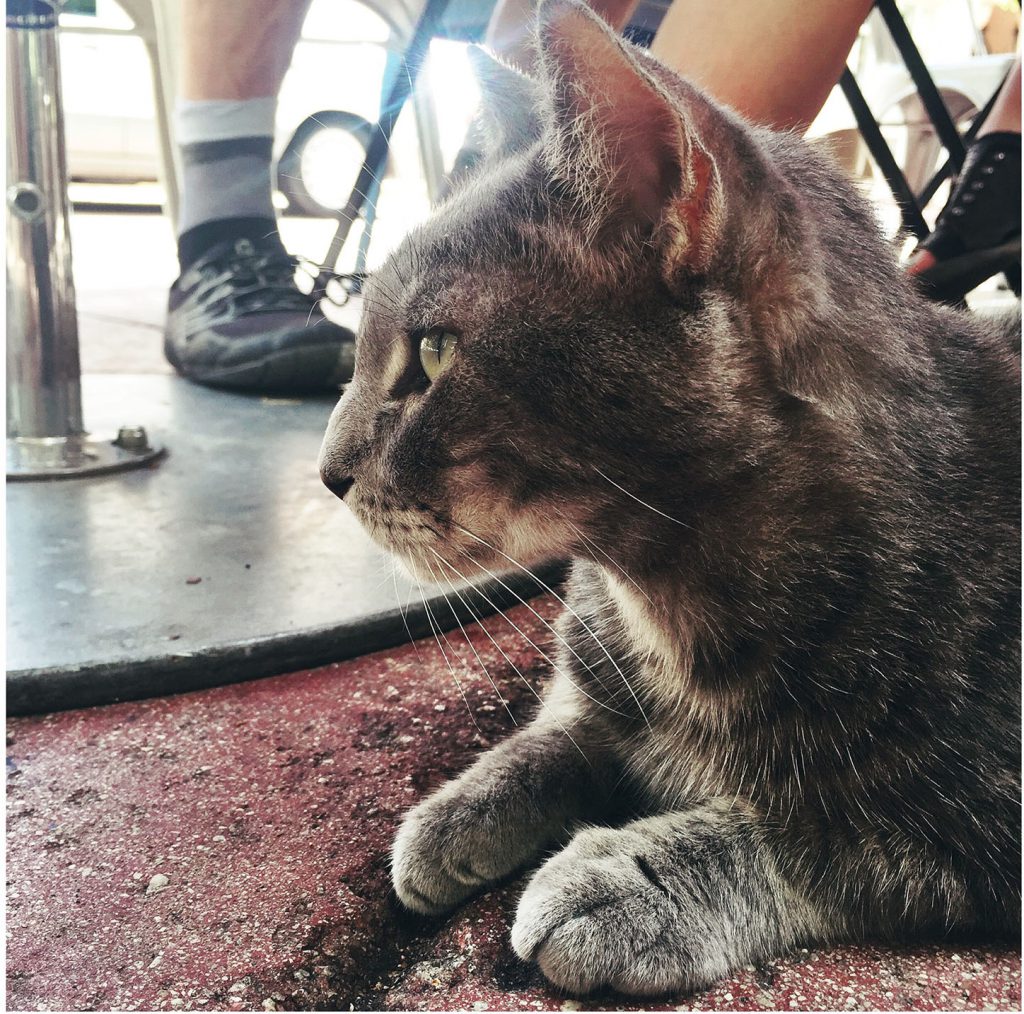 After a couple of nights in Miami Beach, we took two short flights to Ambergris Caye island in Belize, where we spent 10 days. I took hundreds of photos there, and I should get them into a post or two in the next few days/weeks!

Have you ever visited Miami? What’s your favourite US city?