I Instagrammed the hell out of Belize while I was there, and now I’m rinsing it for all the blog posts its worth! (And it’s worth a fair few because it’s beautiful and I took more photos than I know what to do with.)

I have an everlasting love affair with the sea – I think I get it from my dad, who’s a fish scientist. If I’d enjoyed GCSE science more, and was less set on a fashion, that might’ve been my career of choice too! I think the animals that live under the waves are amazing but relatively unknown and misunderstood. I’d rather visit the bottom of the ocean than the moon!

(I once made a boy watch Blue Planet when we were ‘Netflix and Chill’ -ing. According to my friends, that’s not the sort of show you’re meant to go for. He fell asleep. I enjoyed it, though.)

I wanted to dedicate a whole post to this day because it was one of my favourites – so here it is: Caye Caulker!

Towards the end of our stay in Belize, we decided to have a break from diving and do something a little different. Belize is home to many amazing sea creatures, including the beautiful manatee. Once I knew that you could snorkel with them, I wasn’t going home until I had!

On our way to the snorkelling site, we went past an area known as ‘The Nursery’. We stopped the boat, at within 2 minutes we were surrounded by nurse sharks! Apparently, it’s a popular fishing area, and the fishermen occasionally feed the sharks so they stick around and come up to boats. Sharks are such gorgeous animals, and it’s nice to be able to appreciate them close up without the fear of being eaten! 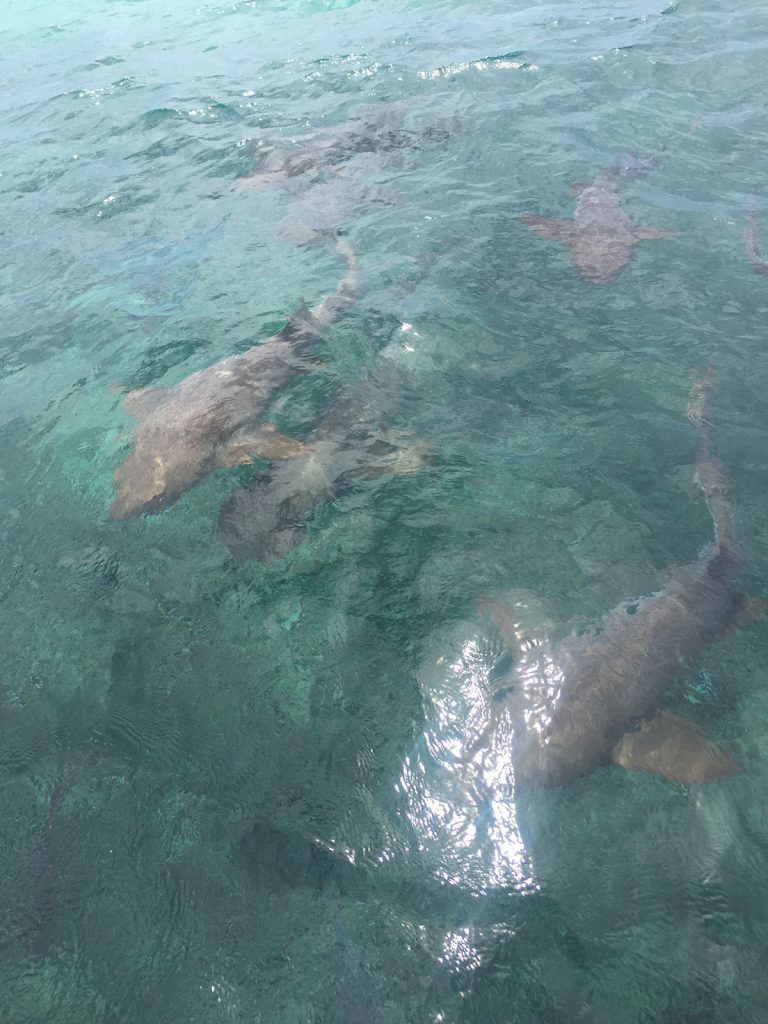 The manatees like to hang around in a natural channel, lined by coral, just off the island of Caye Caulker. They’re pretty shy, and can be scared off by boats. There were quite a lot of other people in the area when we got to the site, and as a result, not many manatees.

We went snorkelling over the coral while we waited for them to reappear. It always amazes me how much life you can find on even a rock in the sea, and these ones were covered in starfish and baby fish! 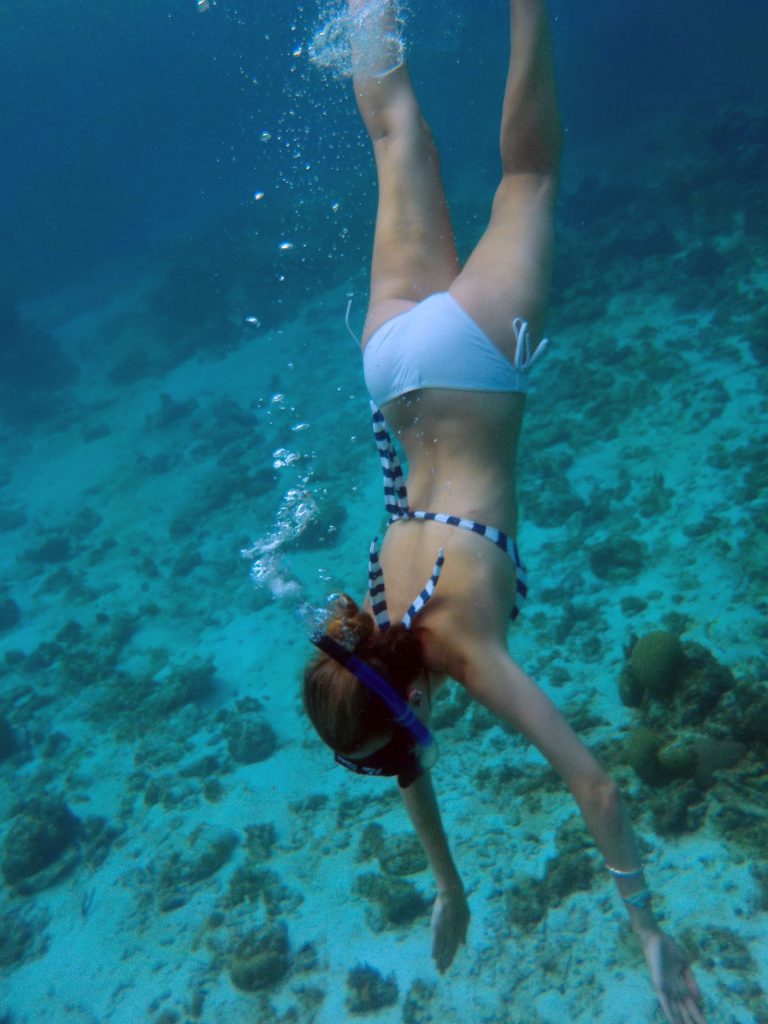 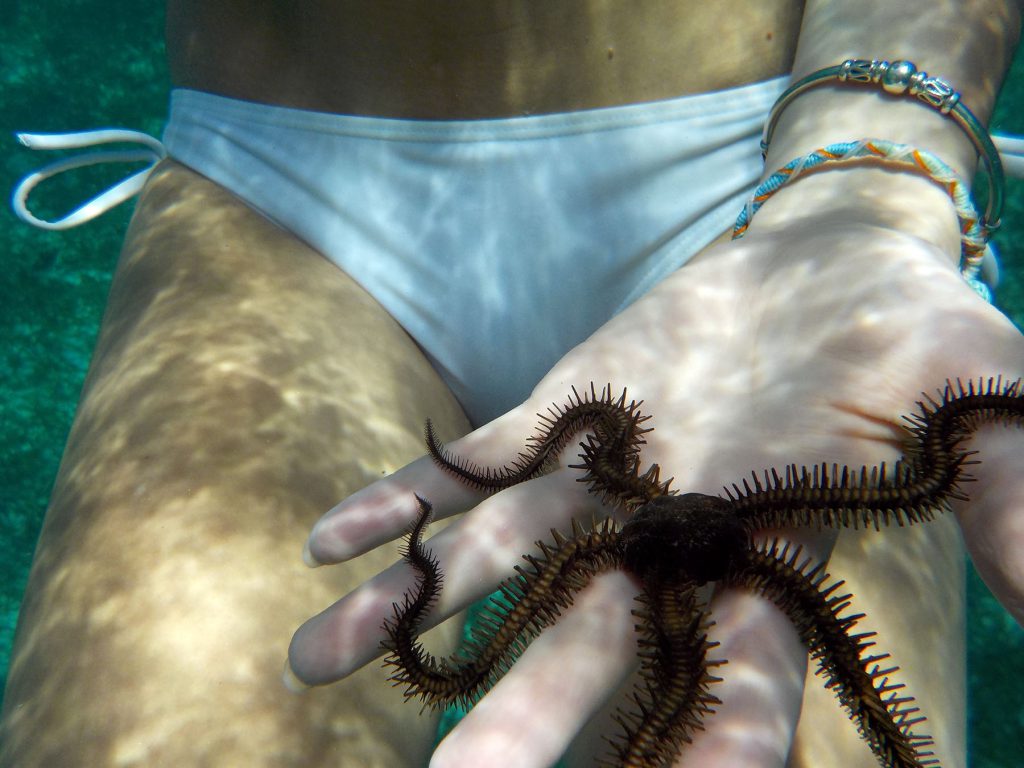 The coral was fascinating, but spotting our first manatee was really something else.

Actually swimming with them was such an incredible experience. They’re honestly so beautiful, with a surprising grace despite their shape! Once one decided we weren’t a threat, she was actually very inquisitive and swam within a couple of metres of us. They’re the calm and gentle labradors of the sea. It’s hardly surprising I loved them so much, as they’re a distant relative of elephants – another of my favourite animals. 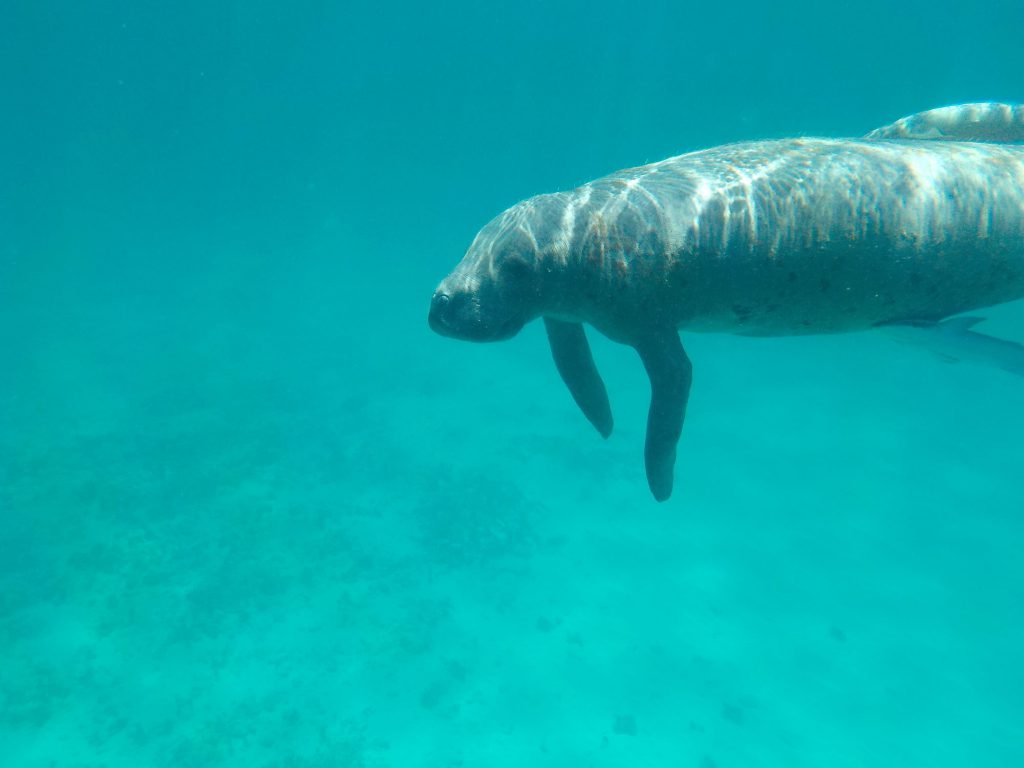 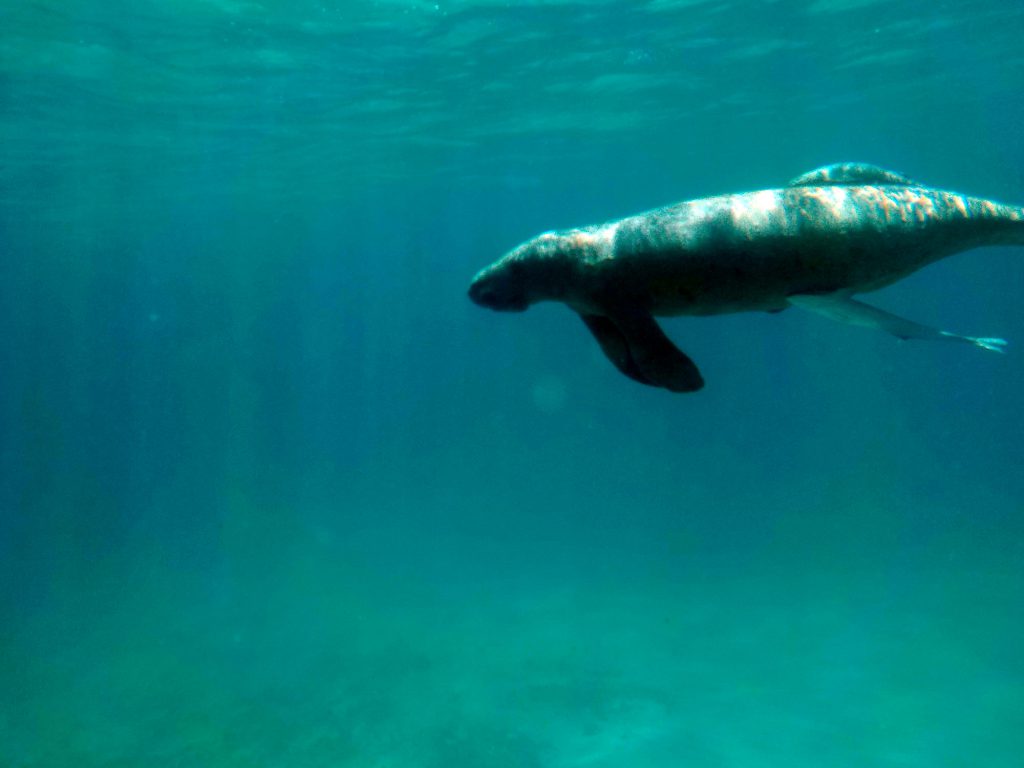 Manatees are part of the ‘Sirenia’ family, along with dugongs (no, they’re not the same!). In classical mythology, a ‘siren’ is a word for sea nymph, or mermaid. An odd connection, you might think. But when he first saw a manatee, Christopher Colombus mistook it for a mermaid. He must’ve missed its bearded chin… 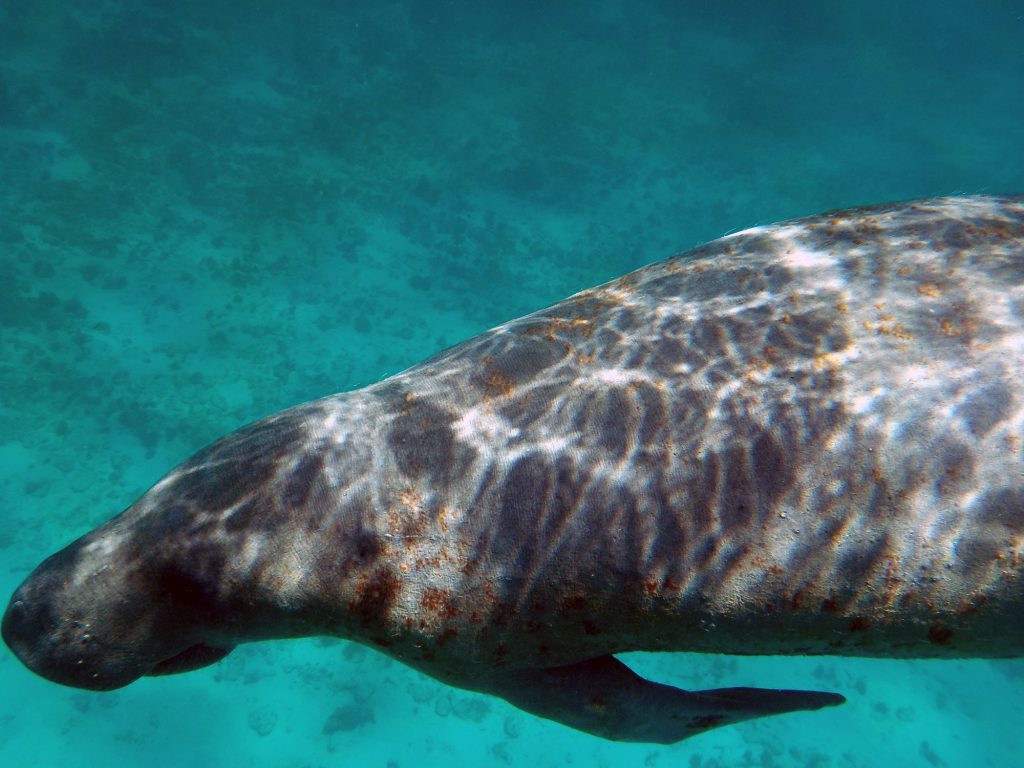 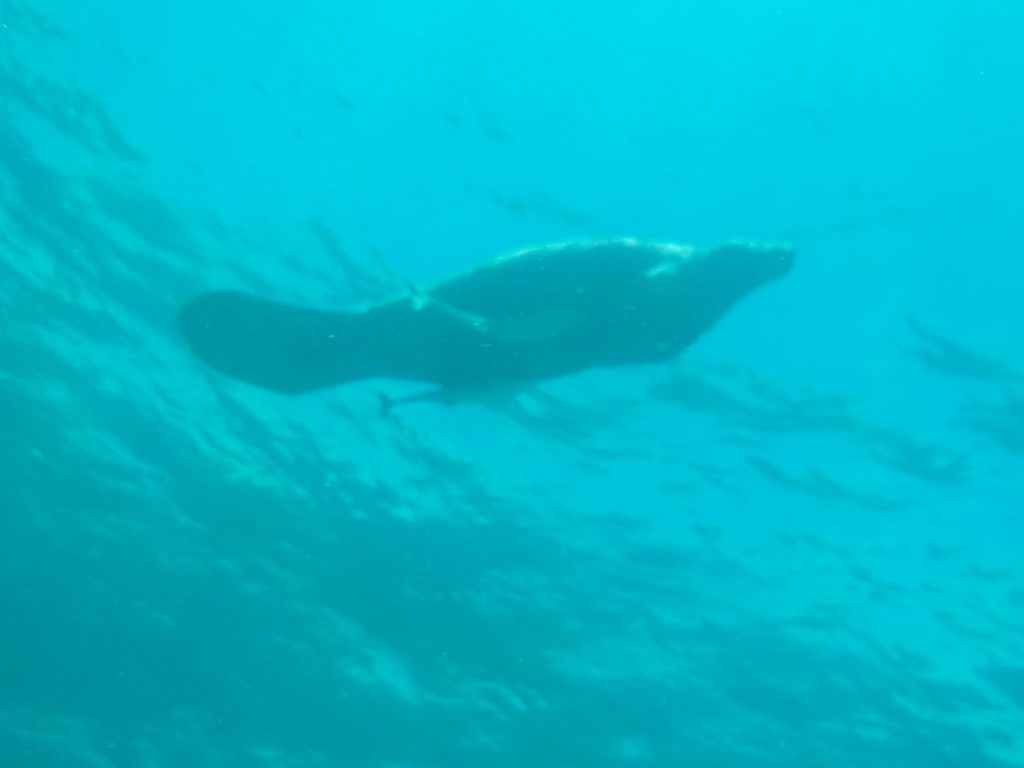 After an amazing morning with the manatees, we got back on the boat and headed to nearby Caye Caulker. I thought Belize couldn’t get any better than Ambergris Caye, but somehow Caye Caulker was even more relaxed, beautiful and chilled! We had an amazing lunch in the seaside cafe and then drinks at The Split – a bar built at the edge of the channel formed during a hurricane in the ’60s, that caused the sea to rise up, and split the island in two. 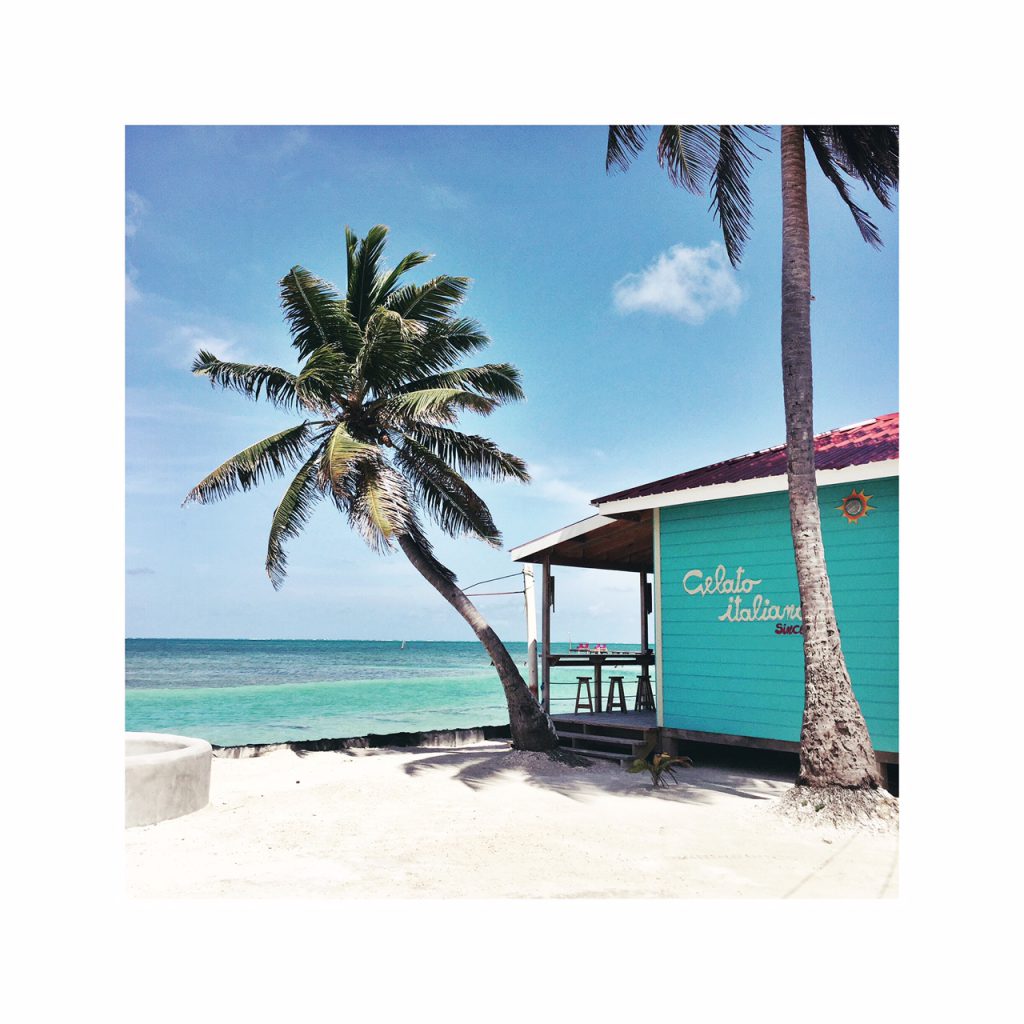 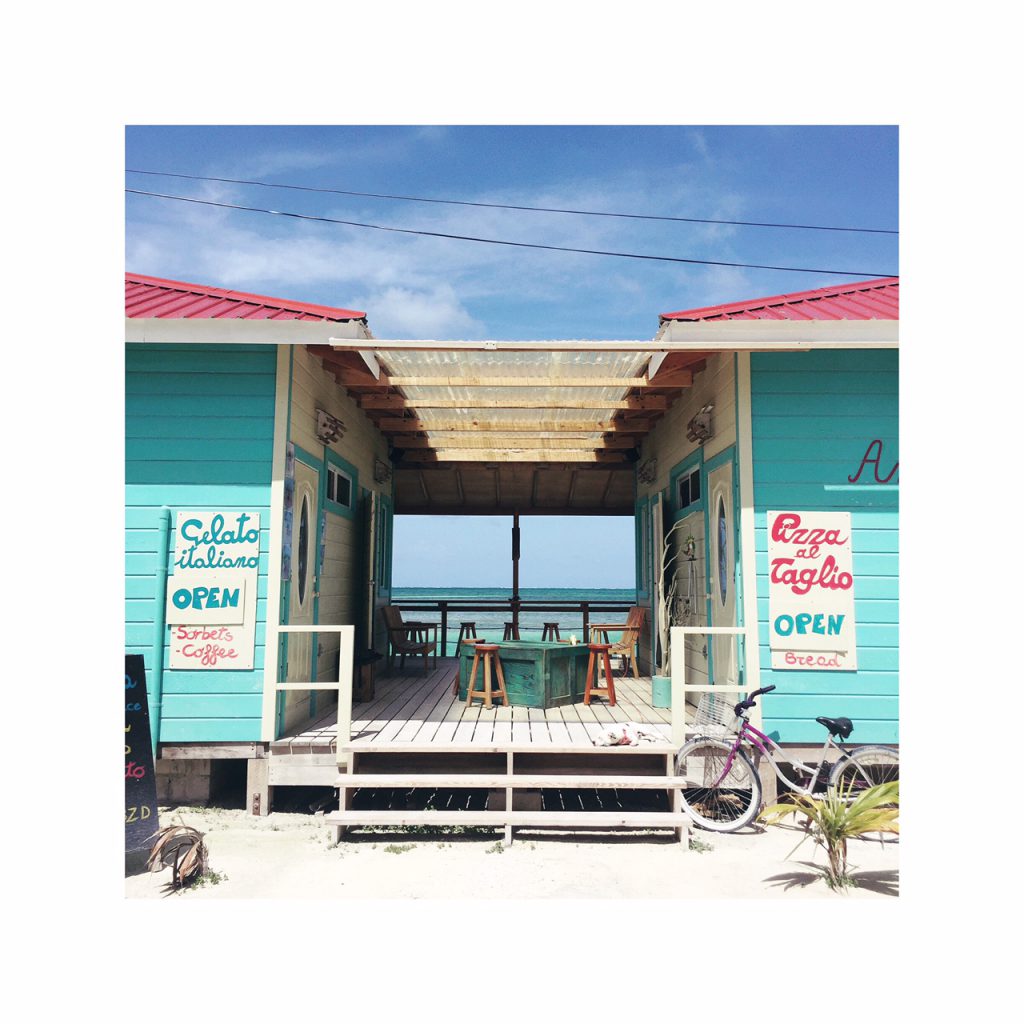 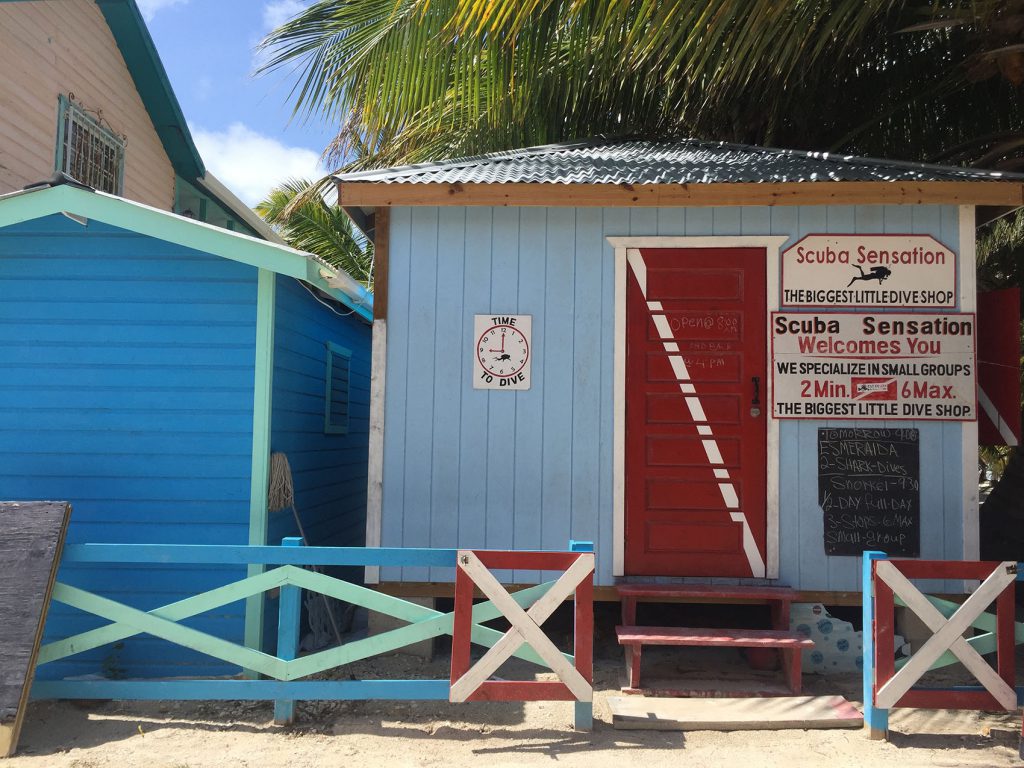 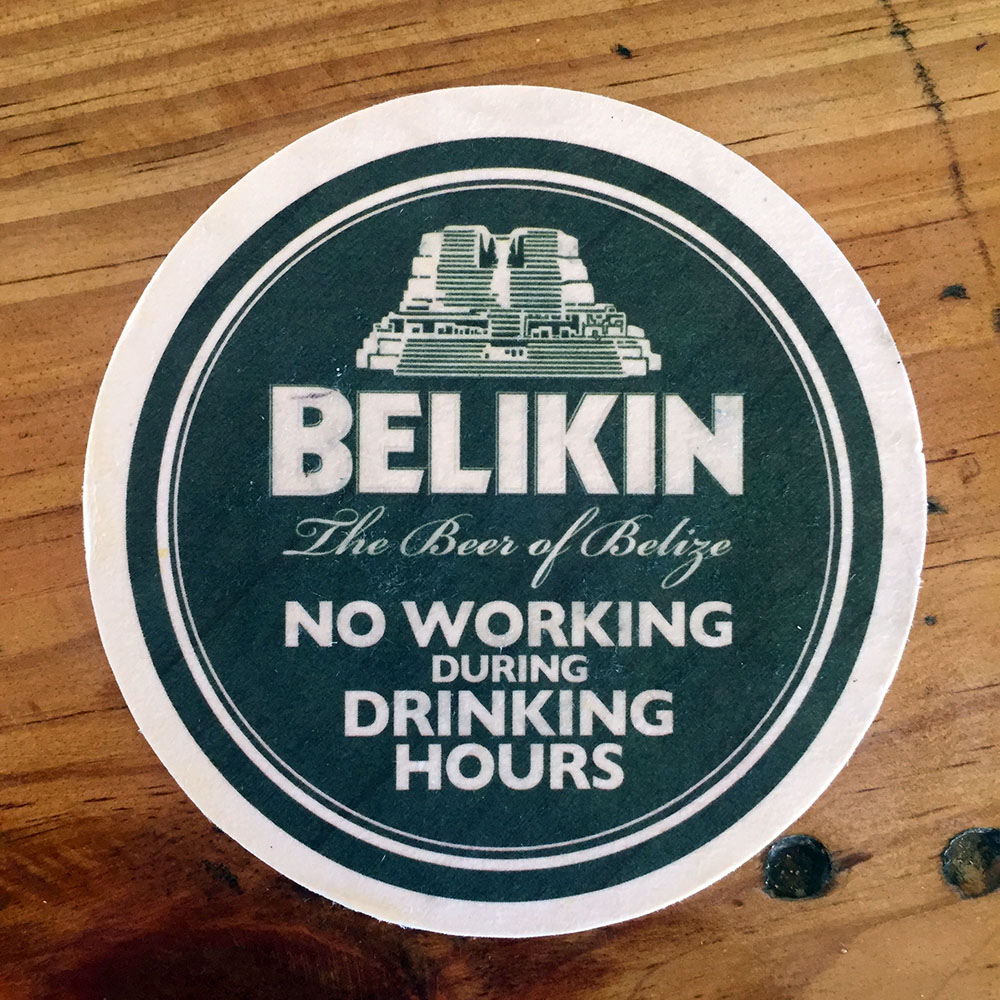 Later that afternoon, back on Ambergris Caye, we took our little golf cart to my Dad’s favourite Belizian coffee shop – Marbucks. It was the cutest little cafe, a little hut just back from the beach with four B&B cabins. The drinks were lovely, but by far the best bit was the owner’s ADORABLE DOGS. 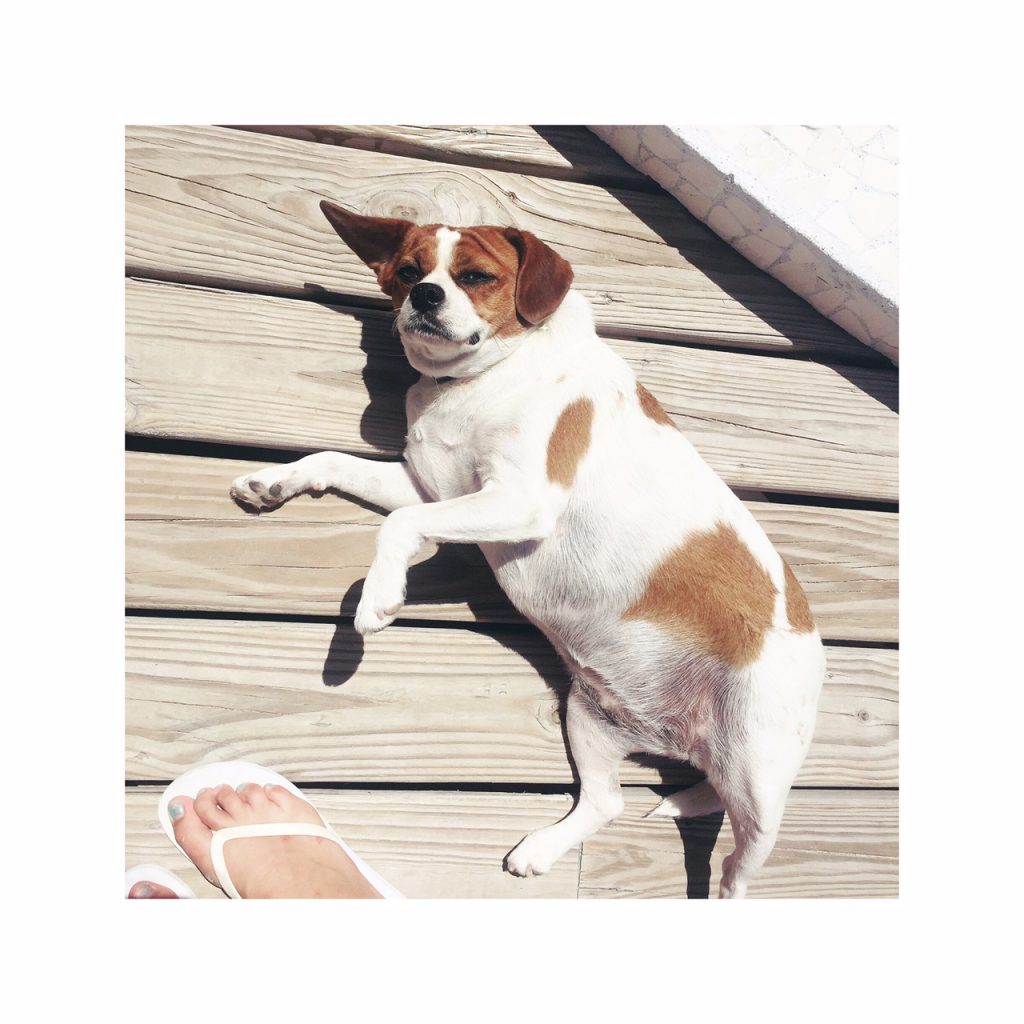 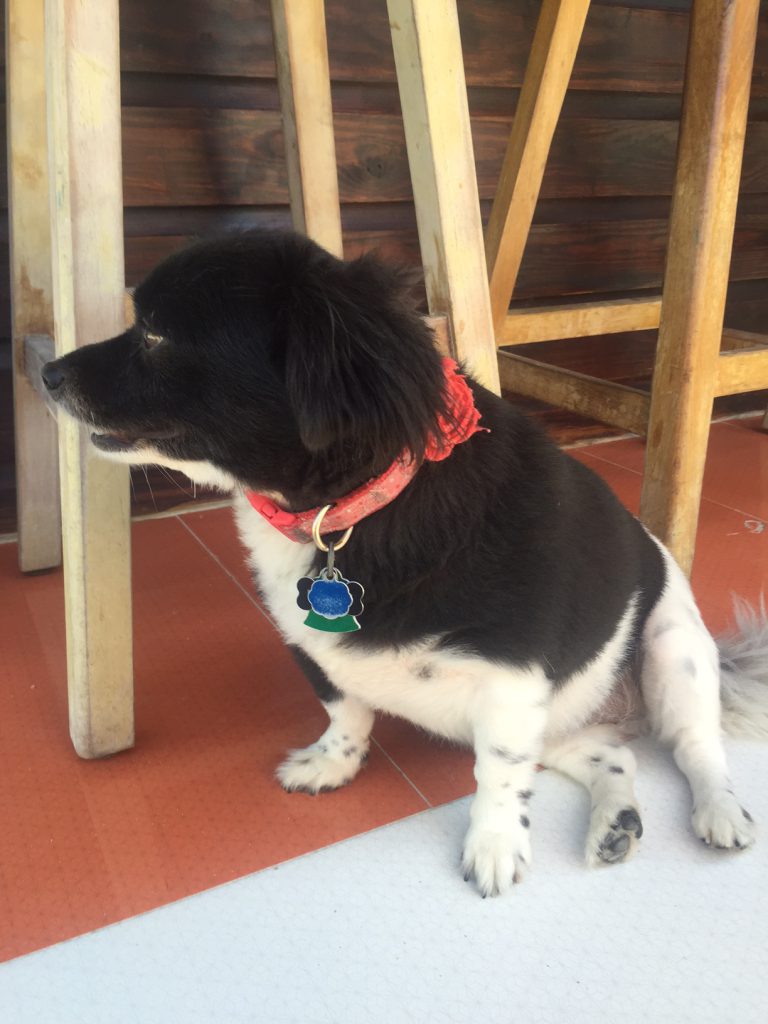 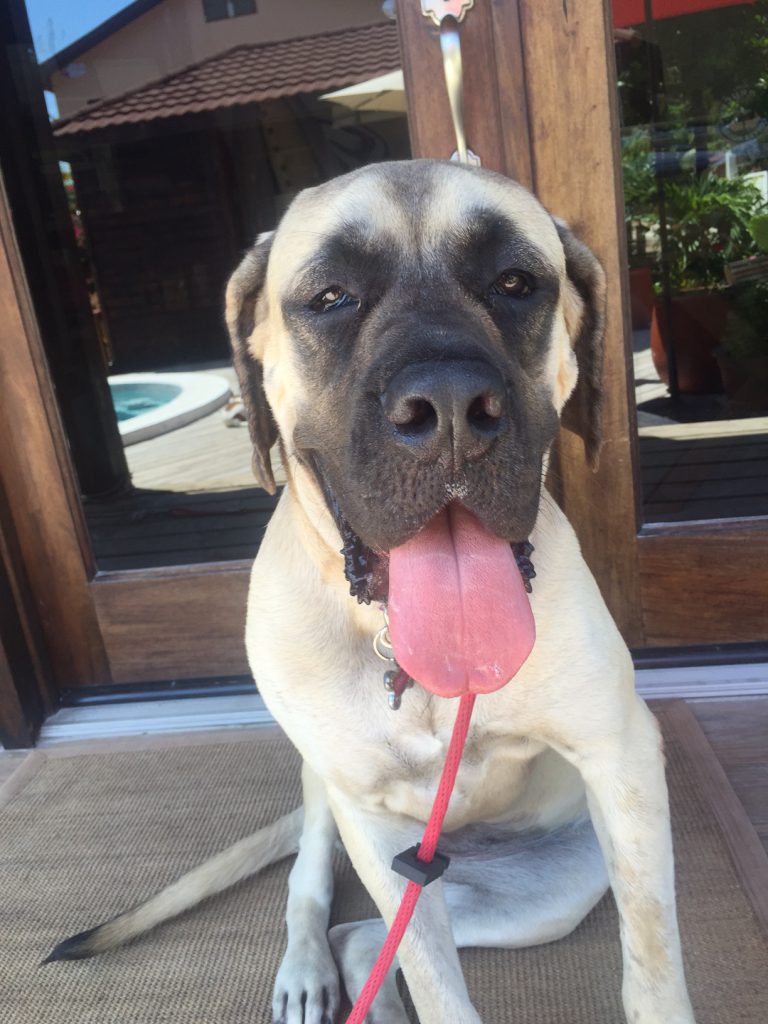 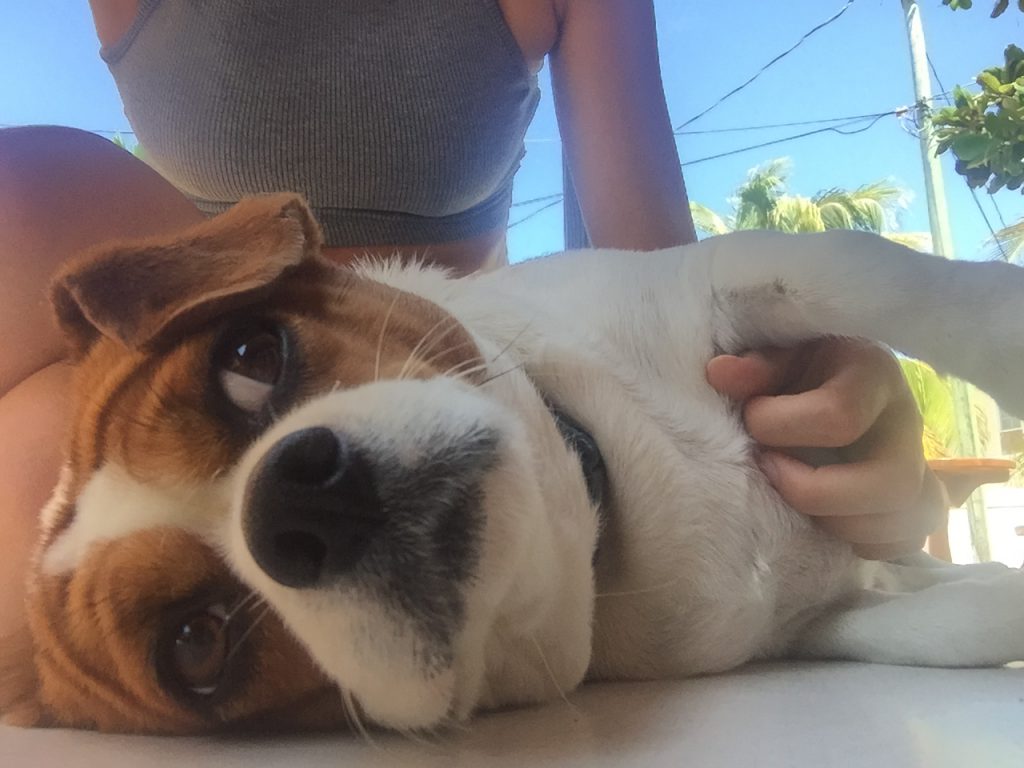 Swimming with the manatees and visiting Caye Caulker was one of my favourite days in Belize, and I feel so lucky that I’m able to experience such amazing things. If you ever get the chance to see a manatee in the wild, take it!

And if you ever get the opportunity to go to Belize… you know what to do.