If you are thinking of going to a sixth form college, please don’t let me put you off! Everyone else I know has had a brilliant time, so if you think it’s right for you: go! 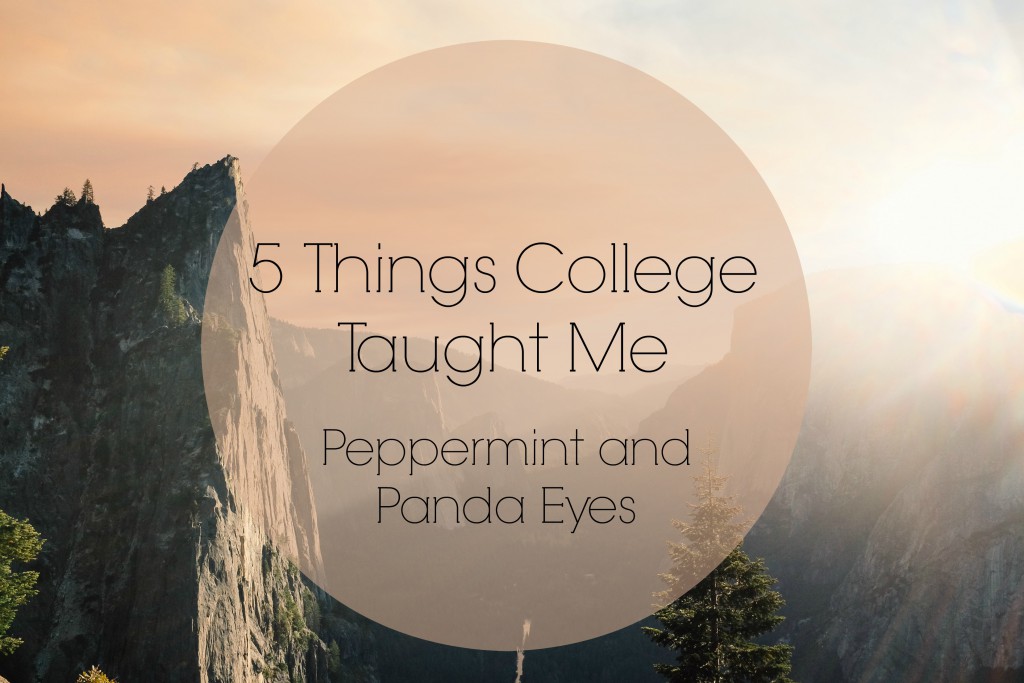 Tomorrow is my last day at college. If I had to describe my experience of college in three words, I would say ‘The Failed Experiment’. I had such high hopes, such big expectations, for what sixth form college would be. It was absolutely none of them. ‘There are over 2,000 people there’ I said, ‘I’ll definitely find loads of new friends and cute guys there!’. Those were my famous last words.

When I was younger, my family moved to the other side of the world for three years. Before I was told we were moving there, I didn’t even know Tasmania existed. Going to sixth form college, about forty minutes from where I used to go to school, has been harder than that.

Still, in an effort to take something positive from the whole experience, I’ve thought about all the stuff I actually learnt at college (besides how the UK political system works and everything that happened in Germany between 1900 and 1945).

This sounds so obvious, but if college has taught me anything, it’s this. So many people my age seem to think that facebook messages, texts, tweets and instagram comments are enough to keep a friendship afloat – especially when there’s some distance involved. Alone, they’re not. I can text someone all night and still feel like there’s oceans between us. When you say something funny, you want to hear the other person laugh. When you say something cheeky, you want to catch the other person’s eye and smile so they know it’s a joke. Now, whenever I can, I’m pestering people to meet up. I’d rather catch up over a coffee than a few texts any day.

Seriously, smile at people! Smile at every person you see! Flashing a quick smile at someone immediately makes me feel happier, whether I know them or not. It works the other way too, it’s so nice when someone smiles at you. Also, when you walk past someone who you used to chat to all the time and blank them, it’s rude and it hurts more than you’d think. I’ve experienced it enough to know.

3. Being alone won’t kill you

If I counted now, I would say I had about 5 true friends. When I was at school, I would’ve said four times that, not counting casual acquaintances. That doesn’t sound like a positive thing, but to me, it really is. My friends are the sort of people I’d say I feel genuinely lucky to know. They’re the ones that can always make me smile when I’m unhappy, the ones I can trust with anything; I wouldn’t swap them for all the fair-weather friends in the world. College has taught me that friends like this aren’t easy to come by, and that I should always be grateful for the ones I have.

5. The best way out is always through

As much as I’ve hated college, leaving was never an option for me. If I’d left and re-started somewhere, I would’ve had to start first year again. And what if I’d hated it there too? (I’m clearly an optimist!) For me, it’s helped to see college as just a stop on the road to uni, and going somewhere new would put me a step back from studying the subject I absolutely love. Yes, there have been times when I’ve wanted to drop out altogether, and times when I’ve given up and not gone in at all. At the end of the day though, I knew the quickest way out was just to get on with it.

Having said all that, if I could go back in time, I don’t think I’d change my decision to go to college. I’ve met lots of lovely and interesting people there, it’s broadened my horizons and helped me escape from the ‘private school bubble’ I was trapped in. Most of all, it’s made me less judgmental of others. I’ve been lucky enough to have great teachers, and really enjoy the subjects I chose. If I’d stayed at my old school the pressure, stress and unhappiness probably would’ve ruined me.

Nevermind though, it’s all over now. I think a small part of me might even miss it. . .